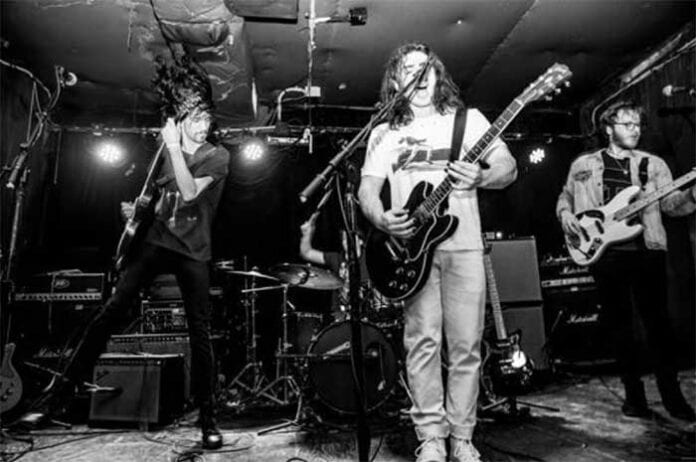 BRKN LOVE, the brain child of Toronto singer and guitarist Justin Benlolo, have signed to Spinefarm Records. Benlolo, who is 21 years old, began writing music and looking for a producer to help him fine-tune his musical creations immediately out of high school and never looked back. That laser sharp focus, and immense talent, has led him to where he is today.

Check out the first single “Shot Down.” The raw track hinges on muscular guitars and seesaws between dirty blues verses and a floor shaking low end. Written at the infamous Mate’s Studio in North Hollywood, it captures all of the seedy, glorious grit of the San Fernando Valley.

“It’s got a lot of sexual innuendos,” Benlolo said. “On the contrary, it can be interpreted as a massive disaster song. There’s a landslide shaking the ground, and we’re in the middle of the valley. The world’s ending as we’re playing away.”BRKN LOVE will release their Spinefarm debut, produced by Joel Hamilton [Highly Suspect, Pretty Lights], later this year.