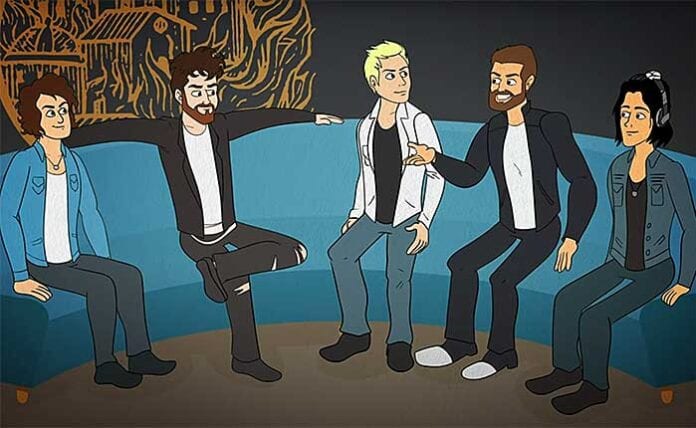 Asking Alexandria’s highly anticipated and critically acclaimed sixth studio album, Like A House On Fire is out now on Sumerian Records. Listen now at likeahouseonfire.co

The band have also released an animated round table discussion between the five members about the album – Tune Toons (Like A House On Fire), watch by clicking the image below.