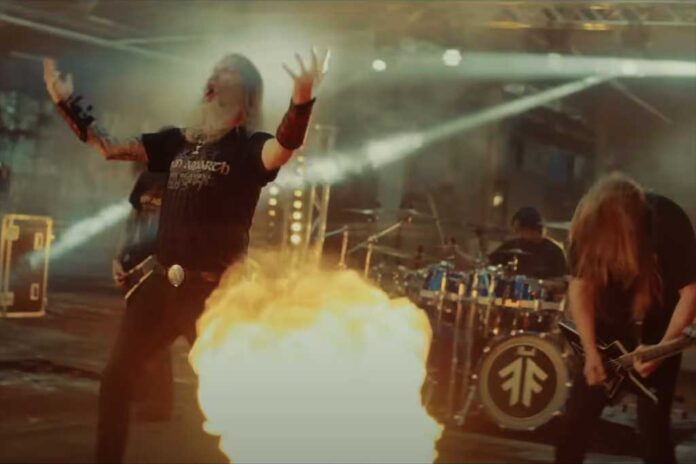 Speaking on the release of their latest opus, Amon Amarth shares: “Heathens! The time is here for the arrival of The Great Heathen Army! This record has many elements that make up Amon Amarth in 2022, from the dark and brutal death metal of “Oden Owns You All” to the sing-along of “Heidrun” to Biff Byford’s amazing guest vocals on “Saxons and Vikings” and much more. We’re ready to take this record around the world for a two year raid and we’ll see you soon at the shows.”

Elaborating on the video for brand new track, “Find A Way Or Make One,” the band continues: “We did this video with director Mikis Fontagnier in Frankfurt, Germany and with it we wanted to try something different. This video is our take on the style of some of our favorite videos we grew up on as kids, like Twisted Sister’s “We’re Not Gonna Take It” and Motorhead’s “Killed By Death”. We had some fun making this and it was definitely fun to smash up a stale old business office!”

LILITH CZAR Announced as Support for The Trinity of Terror Tour