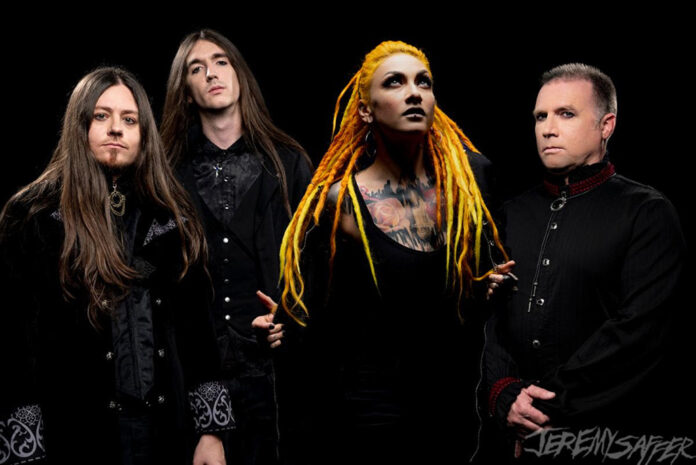 Death Dealer Union announces the addition of Lena Scissorhands (Infected Rain) to the band: “We are so excited and proud to have Lena as our official front person and lead vocalist. We have developed a sound in our music of which she is an essential an integral part. We couldn’t be happier as Lena is a thoughtful, skilled, and very intelligent musician. We look forward to giving the fans the absolute best from all of us!”

Lena Scissorhands adds “I am happy to announce that I have officially joined Death Dealer Union! The band and I collaborated previously and released a single, ’Borderlines’ on Napalm Records YouTube channel some months ago. Check it out if you didn’t already. Death Dealer Union asked me to join the band after the love and support we received after releasing ’Borderlines’ . My dear friend and producer, Valentin Voluta, has also joined Death Dealer Union as an official guitar player and producer of the band. I’m very excited to present to you our second music video and the first official single since I joined the band.”

Death Dealer Union released “ Beneath The Surface” last night, August 11, and says, “We are very proud and excited to release our second single and first song from our upcoming self titled debut EP. This song is the culmination and product of a true collaboration between all members of the band and which represents our unique sound for melodic alternative metal.”