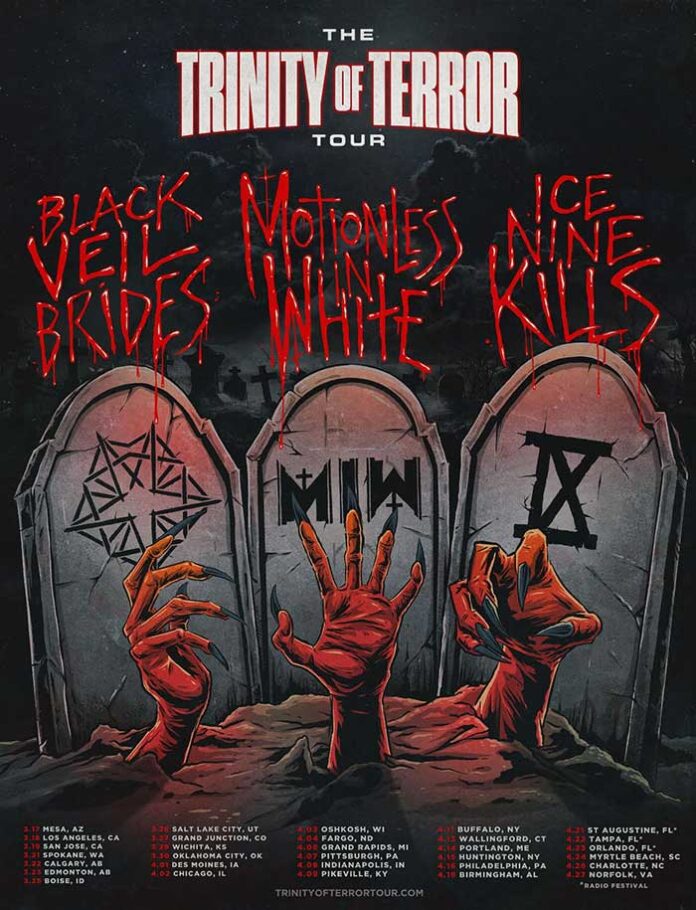 As a killer early Holiday gift for fans of all things dark and heavy, three of the biggest names in modern hard rock have announced that they will be joining forces for a triple co-headline North American tour next Spring. The Trinity Of Terror Tour will feature the unholy triumvirate of Motionless In White, Black Veil Brides and Ice Nine Kills and will be the first time ever that fans get to see all three bands on the same stage each night [full itinerary below].

The coast-to-coast outing, which will see the three bands alternating closing sets each night, is set to kick off on March 17th in Mesa, AZ and make stops in Los Angeles, Chicago, Salt Lake City, Philadelphia, and more, before wrapping up with a performance at Norfolk’s Chartway Arena on April 27th. Fans will have access to purchase presale tickets beginning Tuesday, December 7th at 10:00AM ET with all remaining tickets going on sale to the public on Friday, December 10th at 10:00AM local time. For tickets and more information, visit www.trinityofterrortour.com.