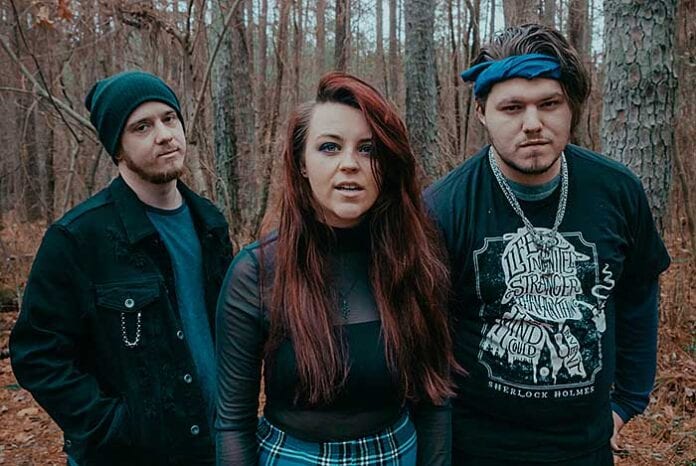 WATCH THE EXCLUSIVE PREMIERE OF MISTY EYED’S NEW MUSIC VIDEO FOR “RUN” ONLY ON OUTBURN.COM

“We are so excited to finally debut this video,” says vocalist Megan Burke “This particular song really hits home for us, especially lyrically. We took extra care to make sure this video was crafted to be a great representation of this story, and we hope everyone enjoys this video as much as we enjoyed making it.”

Drawing on influence from the likes of Breaking Benjamin, Evanescence, Nothing More, and Five Finger Death Punch to legends like Ozzy Osbourne, Heart, and Metallica, Misty Eyed draws on a dexterous and cultured array of influences, honing them impressively. 2018’s promising Eurydice EP was followed by supports for the Hollywood Undead, The Red Jumpsuit Apparatus, and DIAMANTE, as the talented trio continued to spark interest across the state with an honest and authentic brand of lyricism and cascading alternative rock instrumentation, ripe for fans of the 90s and 00s alternative rock scene.

SPITE and BOUNDARIES with Vatican and Bodybox, Worcester, MA, The Webster...