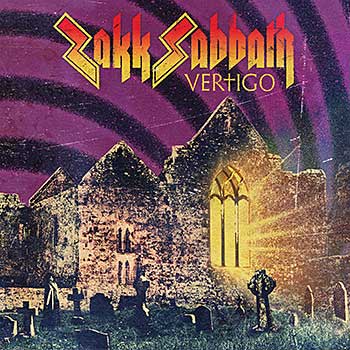 They start off strong with Black Sabbath’s namesake song. The familiar thunderstorm and bells intro that leads to that quintessential doomy Sabbath riff will immediately catch the listener’s attention. Also impressive are Zakk Wylde’s vocals. Instead of Black Label Society meets Sabbath vocal-wise, he really sings Ozzy well. Of course, it’s difficult for anyone to perfectly impersonate Ozzy, but Zakk Wylde’s vocals are admirable on this song. The rest of the track follows the original well, as Zakk Wylde plays Tony Iommi’s solo perfectly and the rhythm section sounds extremely powerful.

“The Wizard” isn’t as successful because the harmonica intro sounds completely off. The tone is odd and the harmonica is played differently. Other than that part, they play the song really well. While they did a good job covering “Wasp/Beyond the Wall of Sleep/Basically/N.I.B.,” it’s almost like they’re playing the song at a lower tone. Zakk Wylde also adds some of his signature guitar licks in the intro as well as the solos in “Beyond the Wall of Sleep.” It’s not a make or a break, but definitely not what Sabbath fans are used to hearing.

The band also did a good job covering “Wicked World” even though this cover sounds like Black Label Society meets Black Sabbath. While Zakk Wylde does a good job imitating Ozzy’s vocals, he uses the vocal style he commonly uses with Black Label Society. This isn’t a bad thing, but it depends on the listener’s preference. If they want to listen to Zakk Wylde covering Black Sabbath, they will probably enjoy this cover, but listeners who want a more authentic Black Sabbath cover may prefer other tracks on the album.

The band’s version of “A Bit of Finger/Sleeping Village/Warning” is also well done. They stick to the overall vibe of the song and Zakk Wylde’s vocal style resembles Ozzy’s more. This cover definitely sounds modern yet has a traditional metal vibe, especially with Wylde’s guitar playing style. For example, Wylde’s soloing is a lot faster and less bluesy on this cover compared to the original, but it doesn’t take away from the song.

Overall, Zakk Sabbath covers Black Sabbath’s iconic album well. Many of the songs sound more like modern metal and Zakk Wylde puts his own twist on these songs, which shouldn’t surprise any listener. While some covers are better than others, Zakk Sabbath does a good job capturing Black Sabbath’s doomy mood that inspired almost all metal bands today. ~ Stephanie Jensen