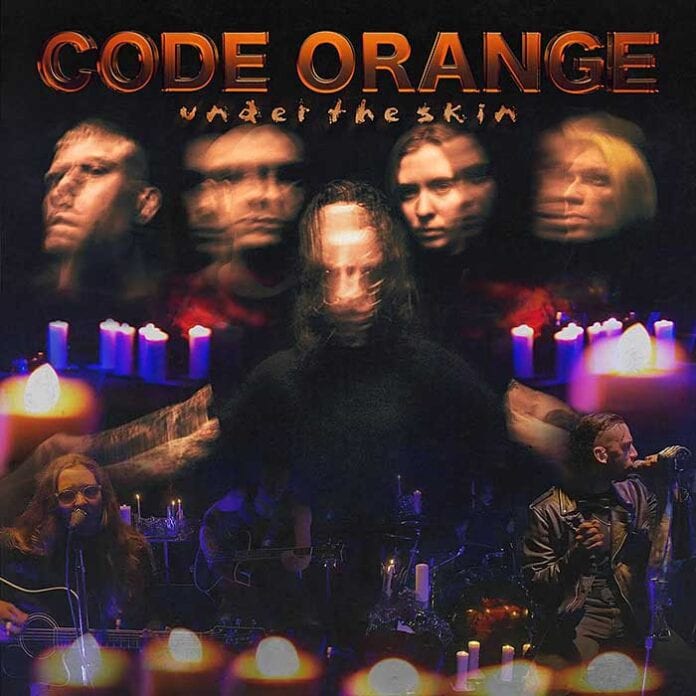 GRAMMY nominated band Code Orange have announced that they will release UNDER THE SKIN, a new digital album this Friday, September 4th. The album officially captures and chronicles Code Orange’s full band stripped-down “UNDER THE SKIN” livestream with enhanced audio [full tracklist below]. Conceptually akin to classic MTV Unplugged performances, but with digital twists and turns, Code Orange originally transmitted “UNDER THE SKIN” around the world live via Twitch from Pittsburgh, PA earlier this summer.

UNDER THE SKIN also includes a striking rendition of the Alice In Chains classic “Down In A Hole,” which is now available on the band’s YouTube channel with performance footage shot and edited by Sunny Singh of hate5six. Furthermore, the band has launched limited edition UNDER THE SKIN merch including a DVD of the performance available for pre-order today at https://store.codeorangetoth.com/.

EPICA Releases Video For Acoustic Version Of “Abyss Of Time”