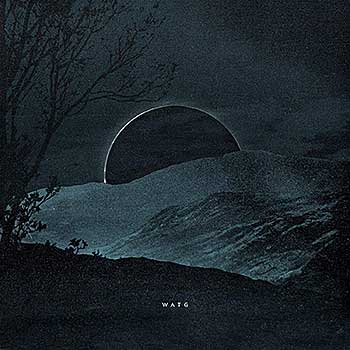 WOLVES AT THE GATE
Eclipse

CHRISTIAN POST-HARDCORE: Practiced and true, Wolves at the Gate has kept the formula essentially the same since its 2012 debut, Captors. Though such a statement can turn some off, it is not meant negatively in these regards. The post-hardcore structure works wonderfully for Wolves at the Gate, who are skilled musicians and vocalists possessing the ability to write compelling and memorable material. Their latest effort (and first since 2016), Eclipse, is jammed with powerful moments. Considering the level of enjoyment to be found with every track included—that’s right, there aren’t any to skip around—it would be easier to mention just several of the highlights.

Early on, both “Face to Face” and “A Voice in the Violence” blend their rock elements perfectly, giving the songs the boldness of anthems, while also featuring several crushing hardcore sequences. In its center, the title track and “Response” stand out for their passionate energy and writing. In the second half of Eclipse, “The Sea in Between” not only steals the show, but also will likely become the most played track of the album. The builds and explosions are dead on and fueled by an empowering chorus that lifts the listener emotionally. In other words, it’s the kind of song you can’t help but move to. And, in its closing, “Blessings and Cursings” slows things down enough without going out in a lullaby. Ultimately, Wolves at the Gate gets everything right on Eclipse. It’s just a matter of preference if you’d rather hear a band go out of their comfort zone over keeping in line with their previous work. ~ Nathaniel Lay