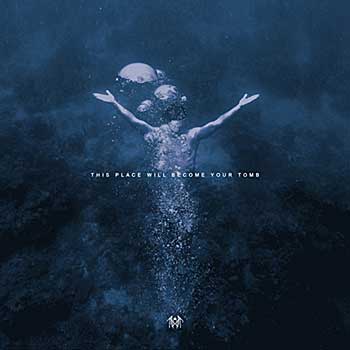 SLEEP TOKEN
This Place Will Become Your Tomb

MYSTERIOUS MUSICAL COLLECTIVE: Sleep Token is back with its latest full-length release, or as the band describes it, their latest “ritual,” This Place Will Become Your Tomb. For the uninitiated, the group, which is completely anonymous and performs fully masked, is led by a frontman who goes only by the name “Vessel” and claims to worship an ancient deity known as “Sleep,” who appeared to Vessel in a dream. Their new record comes on the heels of a very well received 2019 release, Sundowning, which introduced the band’s unique blend of dark, pop, and electronic infused progressive metal to a broader audience. This Place Will Become Your Tomb takes things in a more dynamic and less metal-centric direction, utilizing samples, voice filters, massive choral vocals, and other elements you might expect to hear in pop music. While the change might be a little jarring to some fans, they should be reassured that the heavy elements—the distorted nu metal guitar riffs syncopated with incredible drumming, guttural vocals, and abrupt breakdowns—remain. Where Sundowning felt a little bit all over the place sonically, Sleep Token presents a clear vision on this album for where they want to go.

Cryptic even on social media, the band has posted a few tracks leading up to the release with only the word “w o r s h i p,” which include early single and one of many album highlights, “Alkaline,” Imogen Heap inspired a cappella number “Fall For Me,” and “The Love You Want,” which also boasts huge melodic vocal parts, especially in the chorus. Sleep Token excels at starting out with simple elements in a song, maybe a drum beat, sample, and vocal line, and sneakily adding more and more layers as the song progresses until everything comes to a head in one enormous climactic chorus or verse. They deploy this expertly, throwing in the more metallic elements right at the end as everything is swelling to one powerful moment. This is the case with the endings of both “Alkaline” and “The Love You Want,” as fans have likely noticed. They do this while avoiding things feeling formulaic or predictable, and much like their debut full-length, this album really jumps genres from song to song.

The record starts out with the melancholy song “Atlantic,” which sees Vessel singing over piano, his vocal range on full display in a melody that feels familiar but unique all at the same time. Atmospheric elements build over the piano and vocal melodies, and foreboding synthesizer samples kick in, before the guitars and drums come in with full force, eventually returning to Vessel crooning, “Call me when they bury bodies underwater, it’s blue light over murder for me,” over a cacophony of guitar and drums. The song ends in a refrain of “Don’t wake me…don’t wake me up” that sounds like it could be from a Hozier song, but works so well.

The ending of “Atlantic” flows perfectly into second track “Hypnosis,” which kicks right into the nu metal guitar riffage. This song mellows out during the verse before returning to a massive wall of sound for the chorus, in one of the most satisfying moments on the album. Sleep Token deploys this switch from soft to loud, light to heavy so beautifully on this and many other tracks and from song to song on the album. It’s quite difficult to find a weak song on the album, and This Place Will Become Your Tomb certainly has the best vocal performances recorded yet from the enigmatic frontman Vessel, his voice ranging from the hauntingly beautiful, and even soulful, especially on “Missing Limbs,” “Mine,” “Descending,” and the aforementioned singles, to raw, guttural, and emotive.

“Telomeres” is another nu metal masterpiece, and though it does not hide its influences—you can hear some Deftones in the intro riff and vocal delivery—it’s more of in homage to the legendary band than derivative. Meanwhile, “High Water” might be the strongest song on entire album, unifying the many different elements of the band’s sound into one cohesive track. The song starts with a recurring synthesizer passage that morphs and evolves as the song continues to lurch towards an epic climax, with an emotional Vessel screaming, “I can’t hold myself together!” over an almost Vildhjarta-like breakdown.

Sleep Token has already been getting a ton of attention in the UK, but this album should really set them up for taking their rituals on the road to North America and beyond. While some metal elitists might find the range of sounds on This Place Will Become Your Tomb off-putting, it is the band’s openness to experimentation and refusal to be boxed into a single genre that has created something truly unique, special, and a serious contender for many album of the year lists. ~ Nathan Katsiaficas