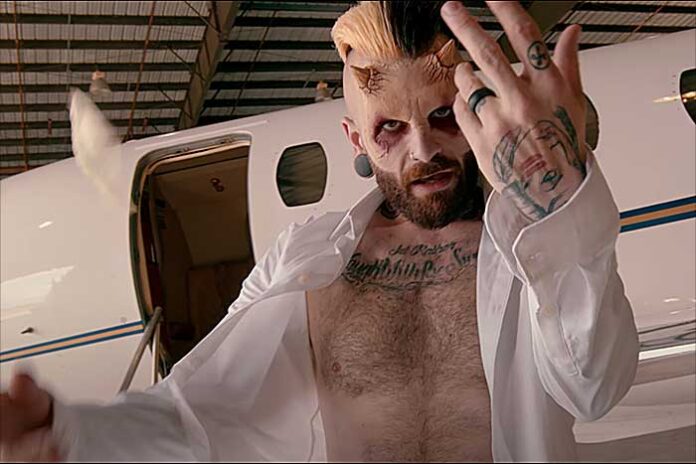 Horror rock band We’re Wolves released their hellish new music video and single for “Sell Your Soul,” straight from the underworld and into your headphones. The track is a sinful snippet into the depths of We’re Wolves’ upcoming full length album Evil Things set to release on October 22nd.

The music video depicts a theatrical style parody of Wolf of Wall Street, except rather than people buying and trading stocks, these demons are buying and trading souls. In order to live up to the extravagant energy of the track, video production is equipped with a private jet, luxury cars and boats, and a full set with casted extras.

“This song is based on greed. Wanting to live a lavish life like the celebrities we see on tv and on social media. The desire to have everything you ever wanted but cannot obtain, and the willingness to sell your soul to the devil to get it. Being sick of your mundane life, and simply wanting more. This song to me is greed in its purest form.” – AJ Diaferio, Vocalist of We’re Wolves

We’re Wolves have conceived their first full-length album Evil Things, a diverse collection of songs designed to connect to the sinner in all of us. Based on Dante’s Divine Comedy, the album takes the listener on a sonic and lyrics journey through the underworld of Hell. Forged in the fires of the inferno, Evil Things delivers a ground-shattering debut for We’re Wolves. The album also contains features from Bryan Kuznitz of Fame On Fire and Spencer Charnas of Ice Nine Kills.