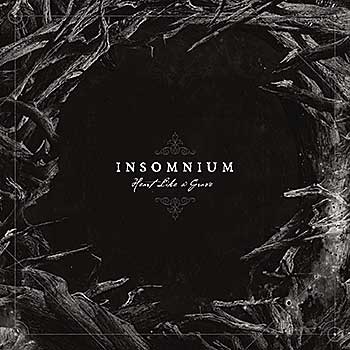 MELODIC DEATH METAL: As one of the early members of the wave of melodic death metal emerging from Finland in the late 90s, you’d expect that, this deep into the game, Insomnium would by now have drifted from their original course and leaned one way or the other. Logic dictates that, by now, the band should either be heavier, darker, and more callous or so melodic to thrust them more in league with saccharine instead of Satan. However, eight albums in, the quintet from the remote outpost of Joensuu has managed to keep their core aspects sounding healthy, wealthy, and wise, reinventing the tenets of melodic death metal in ways that seem so simple that proponents of the genre should be surprised that other cohorts and colleagues hadn’t thought of it first.

Example: “Pale Morning Star” is a dichotomous collection of customary blasting death metal, a chorus guitarist Markus Vanhala might write for his other band, Omnium Gatherum, angelically elegiac guitar layers, and acoustics with roots in folk music. It may sound like a scattered mess on paper, but Vanhala, fellow axe caresser Jani Liimatainen, and whoever the hired gun on keys baste the arrangements together with stunning smoothness. “And Bells They Toll” does a similar slog through subgenres to include soaring doom, melancholic folk, and the melodic linearity of early In Flames.

There are times when the dynamic swing falls flat on its ass with the overly morose intros to bleeding heart sappiness masquerading as darkness in the title track and “Karelia.” On the other hand, the more straightforward “Wail of the North” and “Valediction” are peppy references to Gothenburg death metal and earworms in their own right. There are moments where the similarity between more direct moments like “The Offering” and “Mute Is My Sorrow” to Omnium Gatherum begs the question why Vanhala is expending valuable energy in two separate bands, but it would be foolishness to dismiss good songs because of their similarity to another band. Do that and we all might as well have a playlist consisting of six bands and 13 albums. ~ Kevin Stewart-Panko

DELAIN: A Decade of Delain: Live at Paradiso