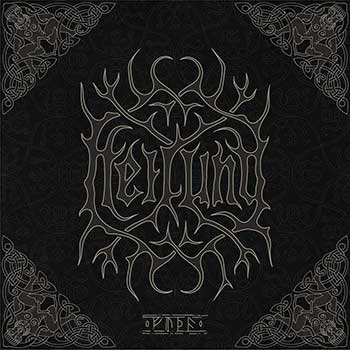 HOLISTIC MUSICAL ART: Denmark’s Heilung is part homage to the ancient Scandinavian Europe, part performance art, part history lesson, part discovery of cave drawings set to music. It’s also an eschewing of the modern world and present-day political ideologies for a salute to a simpler pre-Christianity time. They’re also a band—and we’re not even sure you can call this a band—that has sold over 30,000 copies of the Season of Mist re-issue of their self-released debut, Ofnir. A feat they accomplished with hardly any press attention and on the strength of their extravagant live show that’s more like theater replete with expansive set design, costumes, and props aplenty.

The music created by the core trio of Kai Uwe Faust, Christopher Juul, and Maria Franz has been tagged as experimental folk, though the tools used in the actual creation of the music are beyond the pale. Most recognizable will be the chanting, droning, singing, speaking, ululating, gasping, and growling human voices spewing out Icelandic poetry and ancient German dialogue. Less common are the sounds of cascading water, hollowed out human bones knocking together, howling wind, horns of some description, random percussion, crackling fire, clashing swords, and more, all coming together in what sounds more like a Shakespeare recording done by Lydia Lunch, Monte Cazzaza, and Martin Bisi as produced by the people at the History Channel responsible for Vikings.

The draw here is absolutely the live spectacle, as Futha is a holistic piece of musical art that is quite far from being very musical. It is disparate and varied, but cinematic and elastic. As an album, it really doesn’t follow a direction or make much of a point. The industry prediction is that in a few months Futha will be one of the brightest new lights on the scene, a feat that seems improbable. If the band’s live show was being packaged and made available, on the other hand, it would be a different story. ~ Kevin Stewart-Panko