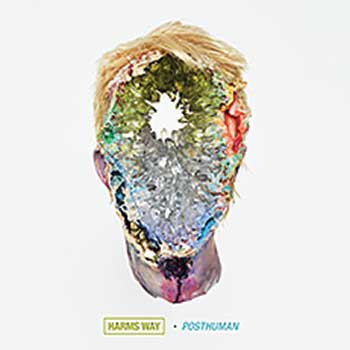 METALLIC HARDCORE: The power of Harm’s Way has grown with each successive release, and they maintain this trend with Posthuman, which ups the aggression across the board while also delivering songs that sink their hooks in deep. Very much existing in a similar domain to Hatebreed and Bury Your Dead, the Chicagoans know the power a huge, crunchy riff wields, and they dispense these liberally, every one of them delivered with targeted fury and on the back of a tighter than hell rhythm section. Getting thrashy on “Become a Machine” and “Last Man” means churning out songs that will make the population of mosh pits completely lose their minds, but they have far more to them than just breakneck violence. Imbuing many of their songs with industrial elements in a manner that never seems labored or forced definitely brings extra dimensions to the album. A good example lies with “Call My Name,” which mixes understated electronics and colossal grooves to great effect, and while the word “restrained” could be misapplied here, that they hold back a little only serves to increase its impact. They go further with “The Gift,” which is almost entirely electronic, and it’s a risk, but one that pays off, and wrapping things up with the apocalyptic “Dead Space” leaves a lasting impression. ~ Dan Slessor