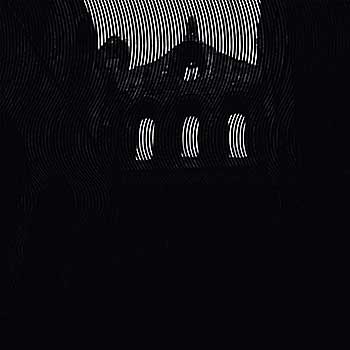 SLUDGY POWERVIOLENCE: When Japan’s Friendship hit the international stage in 2017 with their Hatred full-length, we were quick to forgive their adherence to isolationist tactics, arrogant attempts at anonymity, and only inviting the cool kids to the party in the name of “letting the music speak for itself.” Luckily for Friendship, a good collection of tunes negated trite powerviolence scene bullshit and not being the “right fan” in the eyes of some dickwad who bought an old Crossed Out shirt on eBay from some dude it no longer fit.

Where Hatred slightly strayed from the blueprint established by bands like Man Is the Bastard, Capitalist Casualties, Crossed Out, et al, Undercurrent flips the script with its focus on the upbeat side of the equation. Automatically, given their pulling away from portions of laborious spacious sludge, thoughts turn towards the band’s second album associating more with grindcore. However, Undercurrent checks in more in line with death infused thrash metal and impassioned hardcore. The angle Friendship takes here isn’t strictly beholden to their roots. It’s actually surprisingly difficult to pigeonhole this record other than to say it’s an album that sounds viciously angry.

After the throwaway intro, “Vertigo” storms out of the gate like a bag of babies on fire with a drum pattern simply and best described as mean sounding. As the band pile crushing guitars with an exquisite tone and a ribcage shifting bass rumble on top of the incendiary rhythm, a new standard of aural violence is established, one that malevolently crushes but simultaneously draws out head nodding and the whipping out of the storied air guitar in response.

With “Punishment” and “Lack,” there’s a demonstrative illustration that this lot are not one-trick ponies as they display the amorphous nature of their heaviness. The dynamics are created by thick, dashing riffs being masterfully offset by jagged lurches around the higher registers of the fretboard with the natural ease of sharpened axes slicing into softwood forests. From there, the assault is relentless, yet manageable, given Friendship’s ability to temper oppressive viciousness and an air of antagonistic anger with riffs and arrangements that permeate the primal and intellectual parts of the brain in the creation of a result that’s as much a cantankerous vortex as it is warm and inviting. Welcome to hell, it’ll be a fun visit, trust us.~ Kevin Stewart-Panko