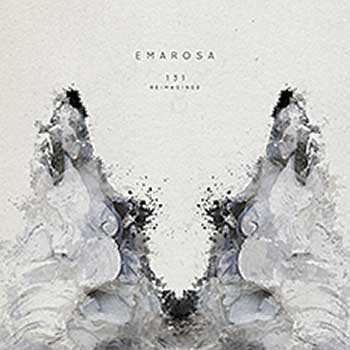 MULTIPLE PERSONALITIES: It’s baffling that Emarosa isn’t headlining major tours across the world. Though 131 Reimagined is simply four songs plucked from this summer’s sleeper hit and the band’s fourth record, 131, vocalist Bradley Walden and crew masterfully illuminate each track’s darker moments with R&B and indie style arrangements. Walden’s range is one of the scene’s best kept secrets, while the musicality on 131 Reimagined would fit right alongside anything in the Copeland catalog (yes, it’s that beautiful). Reinterpreting solid material is always a gamble, but as evidenced by heavy hitters like Manchester Orchestra, some songs deserve to have their multiple personalities explored. There is seemingly no wrong way to diversely present these four polished and powerful songs. Each one is reborn into new clothing, pulling forth fresh ideas and inspirations. To think the listener has fully consumed tracks like “Miracle” and “One Car Garage” by solely hearing the original versions would be a foolish misstep, when these tracks laid forth as reimagined gems take our minds and emotions in a completely different direction. “Blue” is Walden’s greatest vocal display to date, while “Helpless” feels like a swirling daydream. Same words, same voice, breathtaking new worlds of experience. ~ Jameson Ketchum

THE ICE COLD KILLERS: Stories from the Grave