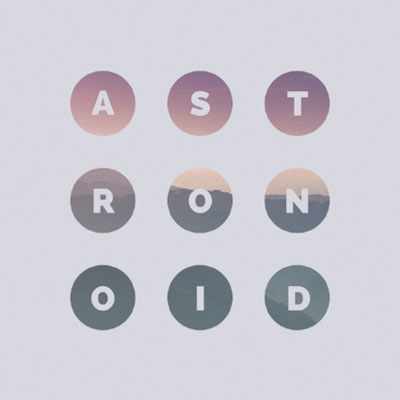 METALGAZE:Astronoid has great news for people who want to like Deafheaven but can’t get past the shrieking vocals—they sound a whole lot like Deafheaven without the shrieking vocals. They aren’t ripping off that erstwhile blackgaze outfit, mind you. They just scratch the same itch. With his plaintive singing, Brett Boland taps into the same vein of vulnerability as Hum or Failure, making this much more palatable for those who don’t mind a little metal in the shoegaze. The title of their 2016 debut, Air, perfectly described the effervescent weightlessness of their approach. The songs themselves weren’t quite there yet, however. Now, on their self-titled sophomore release, they’ve corrected that shortcoming with tighter, more memorable tunes. “I Dream of Lines” especially shows how well they can balance progressive complexity, thrashy guitar lines, and that heart on sleeve emotiveness. While most of the album stays in that general tone, there’s some nice variety going on up and down that scale. “Lost” particularly displays their gentler side, while “I Wish I Was There While the Sun Set” brings plenty of double-kick drumming. At times, the lyrics can be a little trite (one of the downsides of having understandable vocals). It doesn’t really matter. Astronoidwould succeed on vibe alone, but thankfully the band really stepped up their songwriting game this time. ~ Jeff Treppel

THE EMBER, THE ASH: Fixation