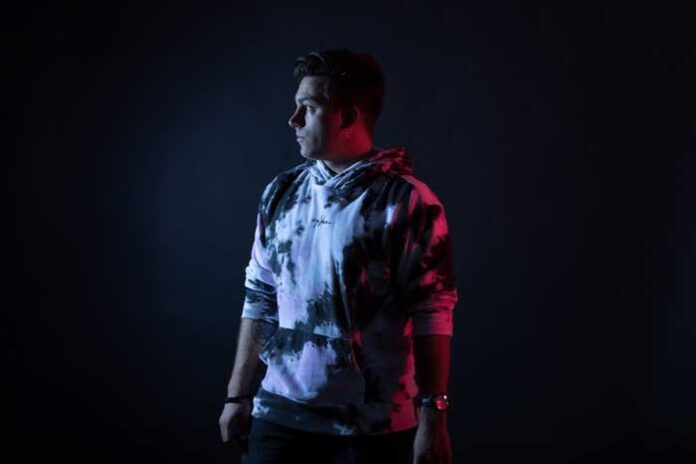 The Wildfires Projekt has dropped a new EP, Lost & Searching. The solo project of Johnny Zirkel marries a heady blend of pop and alternative rock, with a collection of high-energy and gloriously hooky anthems, including “Serotonin” and “Headlights.” Johnny Zirkel spoke exclusively with Outburn to discuss the new collection track by track.

1. “Serotonin” is a song about someone giving up their former, selfish life because they’ve finally found the one person that they truly want to be with. Throughout the song they are acknowledging their flaws and embellishing on the other’s perfection. It’s an intimate, light-hearted song with catchy melodies, surprisingly heavy guitar breaks, and a relatable storyline.

2. “Headlights” explores the relationship between two people who are balancing their own self issues, their love for one another, and the impact of those two dynamics on each other. I really wanted to dive deep with this song and felt that this issue was something not often touched upon. The narrator of the story is highly depressed and on the edge of suicide, literally moments away from going through with it, when he starts thinking of the person he loves. How would this affect that person, and who would be there for them if the narrator followed through with it. Ultimately, he stays alive to be there for the one he loves and save them from the trouble they are going through. In my heart I believe this is an issue to be talked about, as it is something that happens too often and lots of times ends in a worse way. While a depressing subject, of course, I’d like to think of this as a happy song of two people saving each other—one not even knowing they did.

3. “Paradise” is the story of those who have experienced the truth of Hollywood. While it may be paved with gold in our heads, the true reality is that most people who come seeking fame and fortune often end up less than who they were before. Hollywood isn’t as beautiful as it seems, it’s where dreams go to die.

4. “Living the Life” is about how superficial and fame driven people have become, especially in places like Hollywood. They are willing to do anything and give up any part of them if it means they get a taste of “the life.” It touches on the loneliness, selfishness, and sadness that plagues this style of living that seems so alluring on the outside.

5. “A Devil with Angel Wings” is about a toxic relationship you just can’t get away from. While it may have felt good at first, it’s been realized that you were just being held back and put down. However, even though the relationship is damaged and over you still keep going back while also trying to break away.

6. “In the Calm” is about someone falling into a bad lifestyle they never wanted, but constantly convincing themselves that this really is life they want. They try to believe they are happy, but all they are is broken. You try to help them, but they don’t see the need for it.

From the mind of Santa Clarita based Johnny Zirkel, The Wildfires Projekt creates modern anthems for a culture that has been shaped by mental health struggles, anger, fear and addiction. Zirkel’s frank, honest and visceral approach in broaching pertinent topics have earned the West Coast act a blossoming fan base, highlighted by a recent national tour with The Red Jumpsuit Apparatus.

The Wildfires Projekt shows influence from across hip-hop, pop and alternative rock in his diverse and genre-bending soundscape. Heartfelt lyricism and resurgent, uplifting melodies adorn the new release.