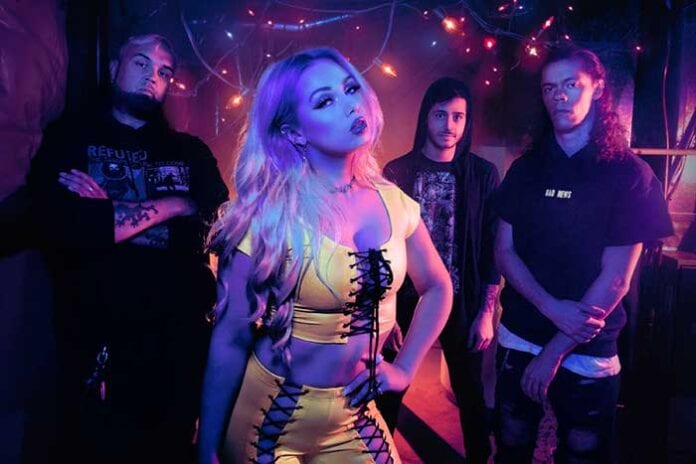 CHECK OUT OUR INTERVIEW WITH SKYE “SEVER” SWEETNAM OF SUMO CYCO IN OUTBURN #93—ON SALE NOW!

“Those new to Sumo Cyco may not know it, but this song and Skindred’s album Babylon were the catalyst of Matt and I starting the band. Matt and I had lost touch, and when we met up again, he played me this record. I told him I wanted to be in a band like Skindred. A party band that’s heavy as hell but makes you dance! Sumo Cyco was born!”

“Gwen doing push-ups on stage during this song is everything I ever wanted to be. Effortlessly cool, speaking her truth, and kicking ass while doing it. The fact that No Doubt built a career from being a fringe ska punk band to one of the biggest bands on the planet is a huge inspiration.”

“This song and record’s impact can’t be overstated. The way Dennis screams is my initial inspiration to scream in the style I do.”

“This song is a great mix of everything we are as a band, there’s punk rock, fast flows, heavy riffs and hooky melodies. If you understand this song you’ll understand who we are at our core.”

“This track shows a bit more of the deeper emotion in lockstep with riffs and a driving beat that hopefully can suck in the audience to our world.”

“Here’s a fan favorite that is one of my personal favorites as well. It has three distinct styles from hardcore verses, dancehall pre-chorus and sing-along rock chorus.”