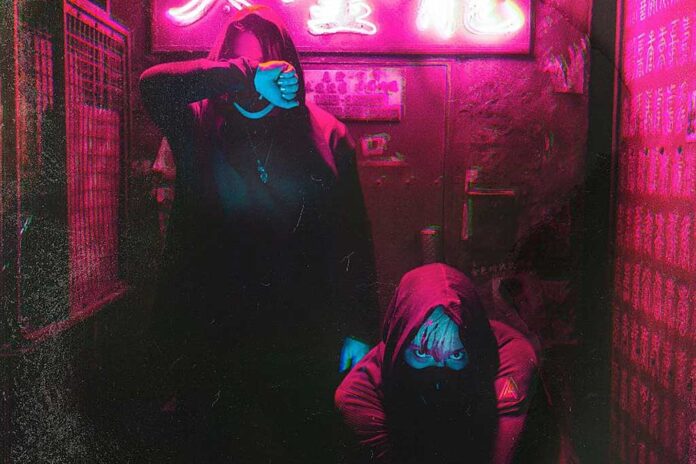 LISTEN TO THE EXCLUSIVE PREMIERE OF “RUN BOY RUN” (FEAT. KJ SAWKA) FROM NOUVEAU ARCADE ONLY ON OUTBURN.COM

Turning a complete 180 degrees from their previous synthpop singles, Nouveau Arcade is back with a dark alternative rock single “Run Boy Run” that pushes into their heaviest territory yet and showcases the band’s diverse range of musical talent and songwriting ability. The track flawlessly delivers elements of alternative rock, industrial metal, and cyberpunk, with a dash of dubstep for the perfect blend of genres to satisfy your musical cravings.

“Run Boy Run” pulls from the duo’s earlier electro-rock roots featuring synths, thrashing guitars, and provocative lyrics accentuated by a strong vocal performance from Nouveau Arcade. If that isn’t enough to tickle your fancy, the track also features a heavy rhythmic performance from renowned Pendulum drummer KJ Sawka, giving it a turbulent futuristic edge from start to finish. “Run Boy Run” is a commentary on constantly living in a state of fear from being bombarded with news and misinformation.

“We are hit by a daily onslaught of new ideas, fear-inducing stories, and misinformation. Our limbic brain has a fight, flight, freeze response, and organizations take advantage of this by continually highlighting threats using tone, wording, and visuals to keep us grounded in a constant state of fear,” states Nouveau Arcade. “We have to be mentally cognizant and tough in order to deal with what’s happening in society. We must be intentional in taking back our sense of peace, calming ourselves, guiding our own sentiments, choosing what goes in and out of our minds, and staying grounded in our values.”

Best Jobs in the Music Industry