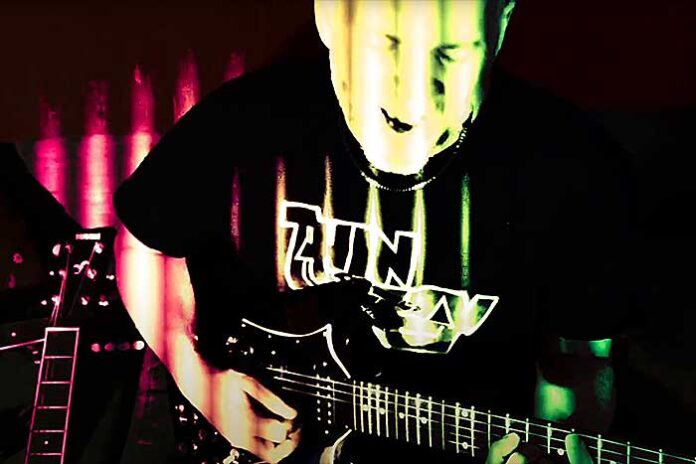 “‘Manifesto’ was written about the dissolution of a contractual relationship such as a marriage or business partnership,” says Love in Reverse. “Although I write from my own experiences, I like to leave my lyrical content open ended for individual interpretations.”

“For the video, we wanted to go for a gritty atmosphere with a touch of sunshine and optimism. Ybor City is a historic neighborhood in my home city of Tampa, Florida with roots in the cigar industry and dates back to the late 1800s. It has that perfect mix of Latin and Italian influenced beauty and style with a healthy touch of danger and decadence.”

In 2020, during the initial lockdown of the Coronavirus pandemic, Michael Ferentino, Andres Karu, and Dave Halpern put finishing touches on an album they had been secretly working on for the past couple of years and self-released the reformed Love in Reverse album, I’m an Illusion, which brought them to the attention of Ferentino’s childhood friend and owner of Dada Drumming Records, an independent label from Texas that specialized in noise, sludge rock, and stoner metal. Looking to expand the horizons of the label, Dada Drumming signed the band, now focusing on a return to their guitar-driven indie art rock sound. In 2021, the band put the finishing touches on their newly recorded and strongest album to date, Fake It.