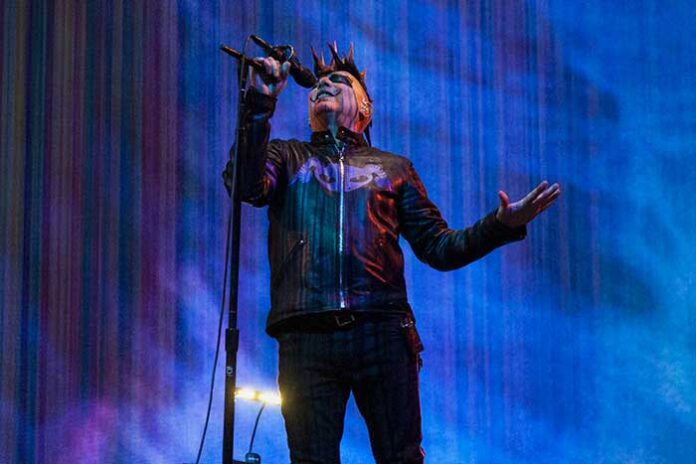 I have loved Tool since I was an angst-ridden teenager in the 90s, but nothing could have prepared me for the night I had at Honda Center. The first thing that I noticed when walking into the venue was the signs prohibiting taking photos and videos with your cell phones. They even went so far as to instruct the employees of the venue to warn, and even remove, fans that refused to abide by this rule. Something I thought odd at the time, but later came to understand that there was a very specific and important reason for being so strict—they did not want the show to be invaded by the lights of thousands of screens. Everything they did had a very specific purpose, but was only obvious once the show began.

Each member of the band took their spot on the stage, and only lead singer, Maynard James Keenan, moved around the stage, but only from one elevated platform to the other on either side of master drummer, Danny Carrey, towards the back of the stage. Justin Chancellor on bass and Adam Jones on guitar claimed their positions at the front of the stage in front of either platform. They hardly interacted with each other in any capacity other than glancing at each other from their claimed positions. The only exception to this formation was when they performed “Culling Voices” from chairs arranged together at the front of the stage.

Tool began with “Fear Inoculum,” a standard opener for them, but nonetheless a perfect song to start the night. They played hours of fan favorites such as “Opiate,” “The Pot,” “Pushit,” “Pneuma,” and “Hooker with a Penis.” After a 12 minute intermission, Danny Carrey took the stage alone to play his unforgettable solo, “Chocolate Chip Trip.” Once Carrey was finished showing us what the word “extraordinary” means, the rest of the band joined him on stage for the calmer “Culling Voices.” Keenan, who up until that point refrained from interrupting the set with banter or introductions, regaled us with an anecdote of the dangers of eating an In-N-Out Double Double at his age, but didn’t care and ate it anyway, and then informed the audience that they were permitted to record the final song, “Invincible.”

After 30 years, it would be expected that Tool would master the art of the live show, and they absolutely have. The projections that rotated between psychedelic kaleidoscopes, simple patterns, and demonic images were set up to cover Keenan, rather than play behind him, forcing him to become a part of the image itself. The members of the band remained in their respective positions without overt interactions as a means to remove themselves from the attention of the audience—to simply be the music, not the show. The lights and lasers were meticulously matched to each note. They moved, blinked, changed color and thickness, encompassed the stage, and danced perfectly to every song. At one point, reflective confetti was quietly released from the ceiling in the center of the venue, as if to simulate rainfall to complement the band’s softer moments. Every aspect of this two and a half hour show had been carefully and thoughtfully curated in order to give the audience a complete immersive experience to be shared by thousands of people.