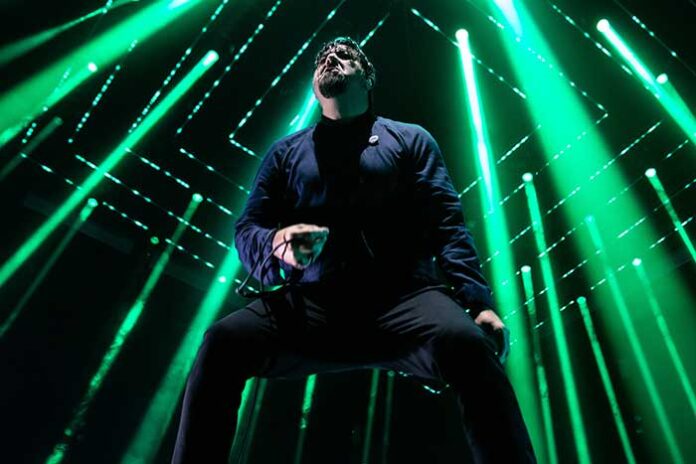 On April 18th, Deftones played a sold out and long-awaited show that was held at the Bill Graham Civic Auditorium in San Francisco. This show was originally scheduled for the summer of 2020, and the tour was postponed twice before finally hitting the road with openers Vowws and Gojira.

Opening up the night was Australian duo Vowws. Describing their music as death pop, the band touches on angst, longing, popular culture, and advertising. The music seemed a little out of place for this tour, but it was an interesting change of pace for fans to listen to while they got ready for the rest of their night. The band performed songs like “The Great Sun” and “One by One.”

Next up was Gojira, who was definitely a crowd favorite. The band had a great set full of energy and performed songs from their latest album Fortitude. The overall feeling of their performance was excitement, as so many of these fans have been waiting for two years to see these bands perform. Gojira played a long set full of energy with songs from their new album, like “The Chant” and “Hold On.” It was still a great set that was fun to watch and full of great songs.

Finally, it was time for Deftones. San Francisco isn’t quite a hometown show for the band, but it’s the closest stop on this tour. A lot of the audience appeared to be longtime fans wearing older merch. The band had a great stage setup with a light up maze of sorts above them beaming down on the band and the crowd.

Deftones was full of vigor, and vocalist Chino Moreno ran around, going from side to side and stepping on the speakers off stage to get closer to the crowd—a great performance. Highlights included “Genesis,” “Ohms,” “Knife Prty,” “Swerve City,” “Lovers,” and “Change.” Overall, this was a great show with a sold out crowd full of fans that were so excited to be seeing some of their favorite bands after waiting two years for this tour to finally happen.