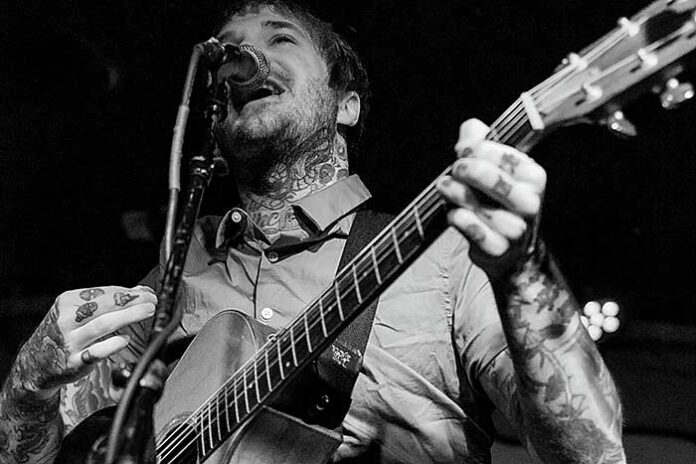 On December 15th, Sacramento’s Holy Diver had a great show with Craig Owens and two Sacramento local bands, Aquageist and Saint Juniper. Opening up the show was Aquageist who for the first and possibly last time performed an acoustic set. They don’t normally perform acoustic and have no acoustic songs, but they decided for this show, since Craig Owens was performing acoustic, that they should, too. Sacramento is known for having a great live crowd, especially when it comes to local talent. The crowd although small was so excited to see Aquageist, and old and new fans were interested in their set since the songs weren’t performed in a way they normally would be. The reception was so great that they joked about having to release an acoustic album.

Next up was Saint Juniper, a solo acoustic artist who is also a local artist. The crowd was excited for this set and was so energetic that throughout the performance would chant “Tara,” which is the artist’s wife. He had mentioned a few times that all of his songs are about her, and the crowd decided that showing her support and chanting for her was a fun thing to do throughout the night. His songs were an interesting mix of singing and screaming with a great energy. During a few of his songs he asked the crowd to mosh, and even though the music was mellow, the crowd moshed to his songs.

Lastly was the reason everyone was packing into this small venue, Craig Owens. His set was a great mix of songs from all of his projects, like D.R.U.G.S, Cinematic Sunrise, Chiodos, BadXChannels, and Isles & Glaciers. The crowd sang along to every word and following in the theme of chanting for Craig during his set. He performed some classics like “Mr. Owl Ate My Metal Worm,” “Lindsay Quit Lollygagging,” “I Wanna Be Alone,” “Cemetery Weather,” and “Baby, You Wouldn’t Last a Minute on the Creek.”

During his set, Owens performed with an acoustic guitar and his keyboard. He also had a friend play keyboard at times alongside him playing guitar. When “Baby, You Wouldn’t Last a Minute on the Creek” was being performed, the crowd went crazy, pushing into the stage and moshing in the back of the venue, because who wouldn’t want to hear that classic Chiodos song in a 175 capacity venue with an incredibly energetic crowd. Overall, it was a great show with a mix of artists and one of the happiest and most excited crowds you could hope for.