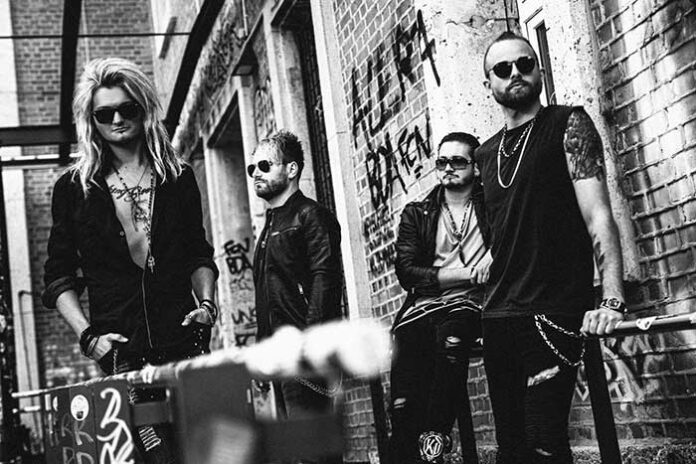 German chart toppers KISSIN’ DYNAMITE are thrilled to release their newest single “Coming Home.” This banger truly proves their origins in stadium rock without being pigeonholed! It’s accompanied by a jaw-dropping video in which the five-piece once again demonstrates their relentless energy.

“Coming Home” is the last taste of the band’s upcoming studio album, Not The End Of The Road, to be unleashed before it’s released on January 21 via Napalm Records. It will build upon the success story of their previous album (#7 on the GER album charts) with their very own bursting high-voltage sound – watch out!

KISSIN’ DYNAMITE on the new song:
“‘Coming Home’ doesn’t mean to return to a specific location. It is more the probably coziest emotion of feeling alive, being yourself & having love in your heart, no matter where you are. It’s a priceless gift. ‘Tell everyone I’m coming home!’”

HATEBREED Shares Weight of the False Self Album Trailer