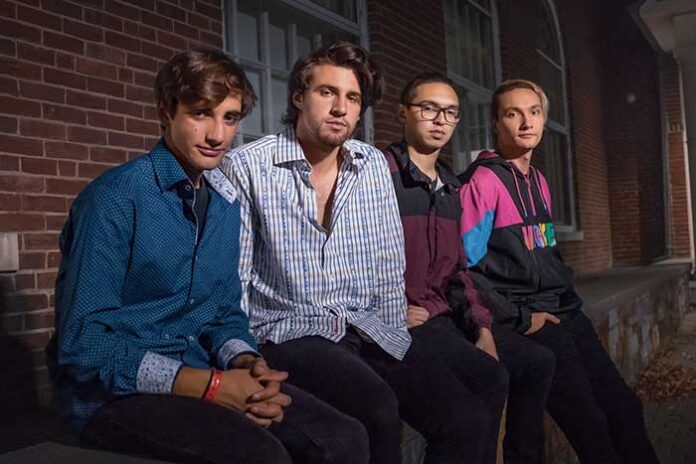 WATCH THE EXCLUSIVE PREMIERE OF LITTLE US’ NEW SINGLE AND MUSIC VIDEO “REAL TO ME” ONLY ON OUTBURN.COM

Connecticut melodic rock outfit Little Us has unveiled a new single and music video. The expansive “Real To Me,” out now on Famined Records, balances big hooks, cascading guitars, and huge choruses, with influences bleeding in from across post-hardcore and alternative rock.

“As crazy as it sounds, ‘Real To Me’ is a track that came together over a period of about four years. Initially, I wrote this really cool riff and a concept progression, which I had brought to the guys. We were able to fit it with this choppy rhythm part that had these huge gaps, which allowed the riff to peek through the spaces. We kept revisiting the idea and slowly piling on verse progressions, chorus parts, and riffs that we thought would work but constantly hit a dead end. It kept getting thrown on the backburner, but we eventually hit a stride one night and ended up finishing the song within three days. We wrote the song to encompass a huge range of dynamics. We wanted parts where the listener could flow with a grove but also build up to a headbanging breakdown while keeping that melodic, memorable element. Lyrically, it became a song about a relationship’s ups and downs, and we wanted the listener to feel that emotional range through the instrumentals. There are times where everything’s going smoothly but other times where there’s just complete chaos and the best thing to do is take a step back and reapproach it with a clear head.” – Rithya Claude

Founded by lifelong friends from a small town in Connecticut, melodic rock quartet Little Us belies their youth with accomplished instrumentation and a powerful, fist-pumping modern rock delivery.

With members aged between 18-23, Little Us incorporates myriad influences into the dynamic and accessible hard rock sound. New single “Real To Me” takes as much from Def Leppard and Journey as it does Hands Like Houses and Too Close To Touch. By fusing the catchy arrangements of the 80s rock icons, with the dynamism of the band’s more present day contemporaries, Little Us has crafted an engaging brand of alternative rock.