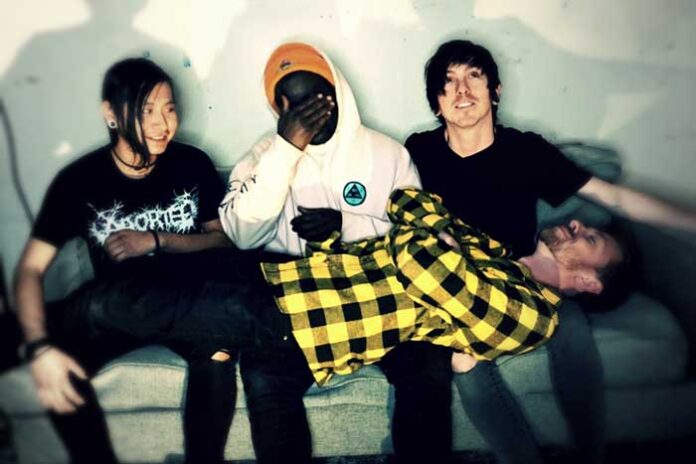 WATCH THE EXCLUSIVE PREMIERE OF THE NEW MUSIC VIDEO “BLOOD RED” FROM LIGHTS ON THE COAST ONLY ON OUTBURN.COM

New Mexico metalcore outfit Lights on the Coast has honed an impassioned and unequivocally melodic sonic soundscape. The band has premiered a new music video for “Blood Red,” taken from the band’s latest EP, Signals, out now on Manic Kat Records.

“‘Blood Red’ is a special release for us as a band, we dedicate it to our brother and guitarist who passed away last year from an overdose. Although the song was written before his passing, it brings to light the struggle with addiction and the feeling of helplessness that comes along with it. It’s a reminder to reach out and know that you can find help and are not alone, no matter how lost you seem to be. There is a way out and reaching out is the first step. This song will be at the forefront of our set list on tour this May as the name suggests. We can’t express how excited we are to share this song and others that we’ve worked so hard on with as many new faces as possible this May.” – Matt Torres

Written during the toils of the pandemic, new EP Signals is a reflective look at life, personal growth and relationships, made exponentially more poignant by the sudden passing of guitarist Victor Hernandez in early 2021.