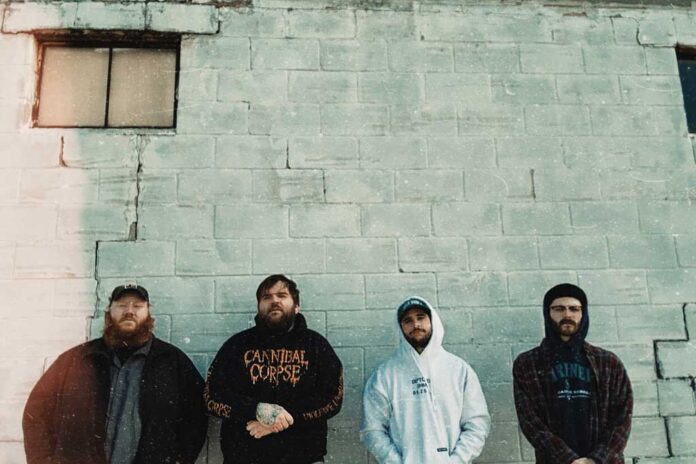 Pennsylvania melodic hardcore/dream metal outfit Earth & Elsewhere has launched their new self-titled debut EP. Combining elements from a dazzlingly dexterous array of influences from across the alternative rock spectrum, Earth & Elsewhere hones a deft amalgam of melancholy and malice on the EP. Here, the band gives us their insight into the EP track by track.

Earth & Elsewhere is out now, streaming via: Spotify

When we started this band, we weren’t interested in being run-of-the-mill. We had all come from similar backgrounds musically but all wanted something more. We wanted a name that reflected that. To us, the name represents the mark we make while we are conscious on earth, as well as what happens in our lives outside the realm of our understanding. It’s a lot like us as musicians. We know what we know, but want to grow.

We have all been there. Relationships come and go in the blink of an eye, and sometimes they don’t end the best. Heart of Stone is the standard broken heart anthem. As a lyricist, I wanted to challenge myself and say that nothing was off-limits to write about. This is my attempt at facing things that I am almost too afraid to do in reality. Funny enough, when we were writing this song, the chorus line came to me almost immediately, which usually lets me know that it’s a keeper.

This one is the most straightforward song on the record, but I would dare say it’s the most effective. I think it does a great job introducing what we wanted the Earth & Elsewhere “sound” to be. The lyrics are about the relationship that I have with my parents, but also the one I have had with music for a long time. I have never been able to wrap my head around while I gravitate towards doing this so much, but I do know it’ll never love me as much as I love it.

This is the song that when I wrote it, was the most cathartic. I suffer from anxiety and like a lot of other people in our age generation, I have never been able to properly cope with it. I am an outgoing person for the most part, but life can be a real drag sometimes. All of us in this band are there for each other and that has been helpful, but there are times when you have to deal with shit on your own, and I am really bad at that. I also wanted to close the record with a cliffhanger, which I believe we did with this tune.