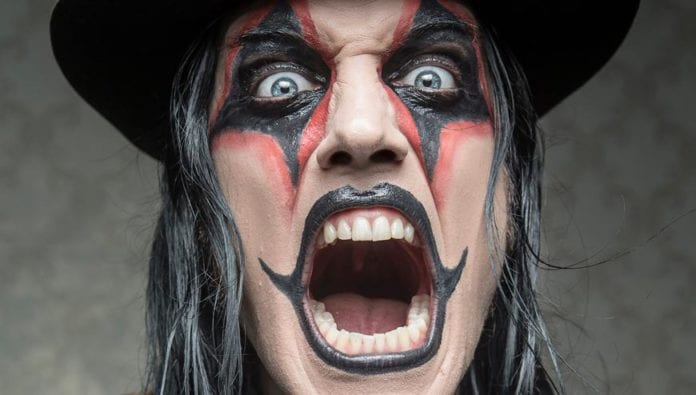 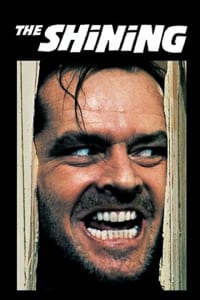 My number one for a very long time or my easy go to answer for it was always The Shining, because that transcends into just being one of my favorite movies. It’s about so much more than just the horror aspect of it. There is a river of blood and there are things to freak you out and creep you out and all that, but it’s just Stanley Kubrick’s insane way of making movies. It makes that a particular favorite. 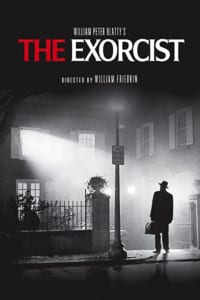 Now after having re-watched it for the first time in a million years is the original Exorcist. Nowadays, that has scared me more, and it has all those OG qualities of one of the classics—certain little details I didn’t even remember, like suddenly when that face shows up above the stove in the kitchen when the camera is panning over something else—things that most terrified me now. So, I think that it has to be The Exorcist for being the most iconic, then, of course, the second place would be The Shining. As you can hear already, I fucked up the part of not doing it in any particular order. 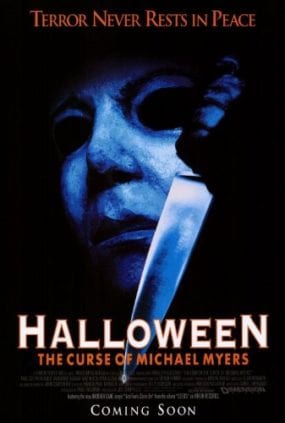 The best way to measure a horror movie is probably what childhood trauma it caused you and how scared it makes you. At least that’s one way of looking at it. So, the third place would be the first Halloween. I saw that when I was too young and home alone, as you should experience movies like that. There was another one—Psycho. That one I had heard of it, but it was the first time as a little kid being aware of the existence of horror movies, and this is a scary movie. I’m sure I saw one of those parody scenes, in not Airplane,but a movie like that. Actually, what’s that Mel Brooks one with the mental institution?

Vertigo is the Hitchcock, but something like that because he’s scared of heights [High Anxiety, 1977]. The thing is Swedish movies back in the day, or non-English speaking countries, would translate the movie titles and some were worded more stupidly than others. With Mel Brooks, they kept doing it up until when the rest of the movie world stopped in Sweden, so I never remember the English titles. By the way, in German, Die Hard is called Stirb langsam, which translates as Die Slowly. It’s stupid. 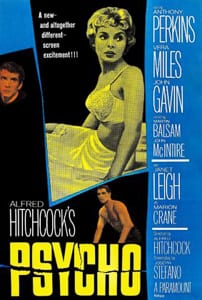 I was aware of Psycho, so I’m sure that was the first one I got to see. I’m pretty sure I even bugged my parents about getting to see it. You have the murder scene, that’s one thing, but I remember most of all, again as a kid watching, the ending when it has that inner monologue in his mother’s voice. And the weight of a scene like that was just too much to process as a kid to understand. Then just the visual of him pulling the car out of the swamp, that freaked me out. Those are all childhood traumas. 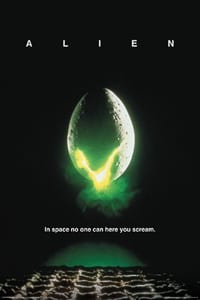 Alien, also transcends. I could put it higher because I’m a geek for the Alien movies, at least the classics and then a couple more. This one also transcends into science fiction. Actually, out of these Top 5, that has the best example of how I judge movies now, because I’m going to be naming a few more modern ones that are more recent in memory for me. But the whole point of what scares me today or gets me to a horror movie today is character development. They have to do what Pixar is doing well, like understand the motivation, start to sympathize with the character, and I don’t want them to get hurt. Of course, the way Alien is written and how we get to know them and how tight of a crew they are makes that more horrifying. It is scary on its own, but on top of that it’s got great characters. 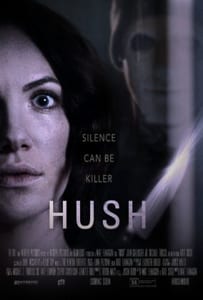 It’s hard to do the order. I would say I was really impressed with Hush, if we are talking about more modern ones because that is exactly that. We get to know, okay she’s deaf, she lives there, she’s pretty cool, she’s nice—the whole buildup that they always fail. Usually, it’s so exaggerated—a family moves into a new house, it seems there are different filters on the camera, different scaling of the colors in the beginning to make it so sunshine and happiness, and then oh no the kids are in danger. And it usually doesn’t work as well as it should. There are all these movies in the same universe—it’s The Conjuring. They usually exaggerate it, so I feel zero sympathy and I can’t wait for him to die, then it has some jump scares so it’s cool anyway. But with Hush, it’s a very simple buildup, and we even get to know the antagonist, the reveal, like I’m just a psycho and I’m gonna kill. It’s simple like that, but her as a character and her being not too smart but way smarter than other people in horror movies. She tries to deal with her shit, be creative, but also terrified that you’re being drawn in like you’re in the house with her facing those things. So, that worked amazingly well. 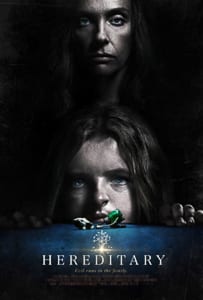 Speaking of new, I thought Hereditary was great. I really liked that one. Again because there was that other layer. That one is more like a mystery novel or something because you want to figure it out while you’re watching. So, you’re drawn into other things, like oh no it’s so dark in that room or something. And you get that today everything in horror is a cliché, but you still get that thing of questioning sanity because of the schizophrenia thing. All those things that you know draw you into the story, the people, and the horror. 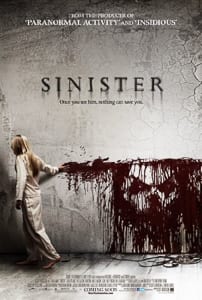 Oh, because of the good times and memories, the first time we toured over here on a travel day we were watching Sinister together, and I don’t know what it was, I don’t know if it would work if I re-watched it now, but at the time it was after a long time that I didn’t really watch horror movies. I prefer musicals, I really do. But watching Sinister, we all built this mass hysteria on the bus where we all got creeped out by everything there was—this collective experience of oh my god no way! You know, freaking out like that. So, that becomes high on the list. 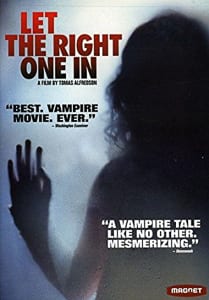 Let The Right One In

Then I actually want to put Let the Right One In on there. It’s a Swedish one, but the main reason is I really hope that movie would lead to people reading the book. I really love that book. 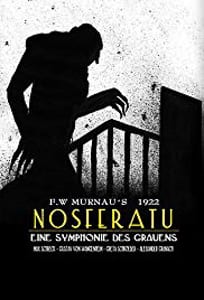 Finally, I’d say Nosferatu, the old silent movie one that gets to represent the whole era. I had a period where I was checking out a lot of the classic silent movies, from Chaplin to Metropolis to Nosferatu, dipping my toes into that world a little bit. I can remember being a kid not seeing Nosferatu, but seeing the “Under Pressure” [Queen and David Bowie, 1981] music video that features a clip of Nosferatu, and I was too small to understand that it is just a vampire. It was beyond that, it was something I hadn’t seen and couldn’t grasp as a kid and that image stays with me. Then I saw the movie much later as more of a student of silent movies, and I just loved the jump cut special effects to make the coffin go on the wagon and how they shot things—the aesthetics of the whole era of expressionist style of movies back then. That carries the weight of having that factor. 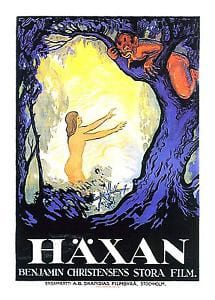 Oh, speaking of silent movies, do you know The Witchor Swedish title Häxan? It’s one of the oldest silent movies that is still preserved. It’s from 1922, and silent movies in that era hadn’t become so, is pre-cultural imperialism USA. It was more spread all over, and Hollywood wasn’t the focal point. So, that was at the time the most expensive movie ever made. That was the—I can’t believe I’m going to mention this movie— Avatar (the movie, not the band)of it’s time or whatever. It’s cool. It has impressive set pieces, and everything of that one is almost like how in documentaries they have reenactment scenes. The majority of the movie is the little pieces of takes that are between scenes at a silent movie that I’m sure is called something. They are just busy presenting the facts of witches and stuff, but it has a documentary feel to it. Then very ambitious witches dancing around the devil kissing his ass, literally, because that is one of the things they were told they did. That’s a badass Swedish movie of big cinematic historical significance.

Avatar are currently working on a film – Legend Of Avatar Country – of which they started a kickstarter and doubled their goal in less then 24 hours. We are very much looking forward to seeing this when its released. Keep your eyes open for more news on this in the near future and don’t miss Avatar on tour now!

Matt Heafy of Trivium Chooses His Top 5 Scariest Bands In...