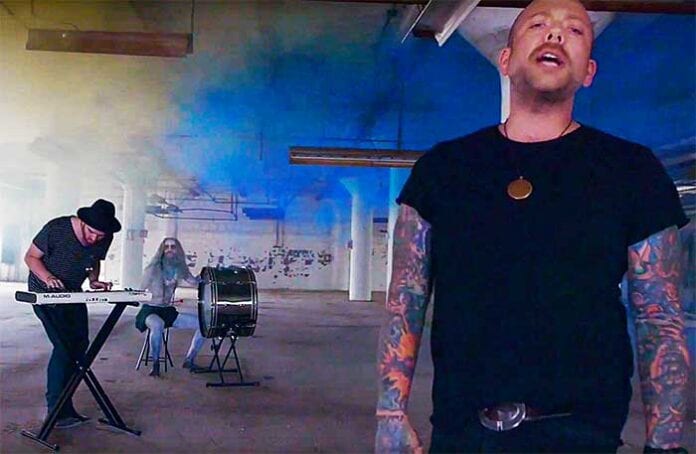 “Whatchu Doin’ Wanting More?” will appear on the band’s album Headless out July 31st on Mind Over Matter Records.

About the track “Whatchu Doin’ Wanting More?” Jesse Smith says:
“I like to leave the interpretation to the listener, but for me personally the song has dual meaning: It’s about the power of will & intention, as well as accepting the present moment and maintaining presence; whatever the situation. I wrote it at a time where I was pushing for a lot of change, but at the same time losing sight of what was already in front of me. It’s easy to forget the simple gifts of existence…our vibratory energetics craft our reality.”

Headless finds the duo exploring elements of electronica and alt-rock, blending it with some not so subtle gothic undertones and—at times—tipping their toes into an almost industrial-like sound. While the album themes are rather dark, they are also melodious and harmonic. Simply put, these songs have killer hooks that get stuck in your head with a constant throbbing beat that will keep your toes tapping along.

While Headless will be available via all digital outlets, it will also be pressed on a super limited vinyl release. The vinyl version will be spread across three different variants, limited to only 300 copies for the entire run.

HEAVY AS TEXAS Chooses the Heaviest Riffs and Songs from Texas