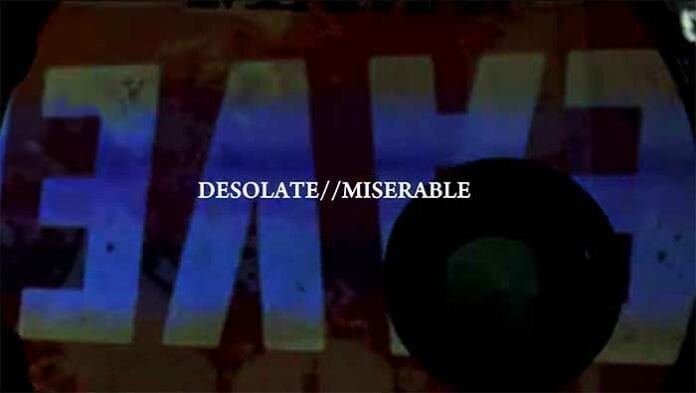 WATCH THE EXCLUSIVE VIDEO PREMIERE OF DESOLATE’s “MISERABLE” ON OUTBURN.COM

“Miserable is a song I wrote about hating myself during the worst transitional point in my life. The song is thematically based on the idea of self loathing, but it’s lyrically ambiguous, so it’s certainly open to personal interpretation” – Tim Olszowy (Guitar)

“The goal for the video was to capture the vibe of the song visually in the most organic way possible while also showcasing the raw energy of the band. Working with Eric DiCarlo and Carlos Herrera helped make that a reality, and they did a killer job bringing our vision to life!” – Cliff Hodson (Drums)

Desolate is a metalcore act based out of rural upstate New York that draws influence from metal/post-hardcore greats of years passed along with the current tide of hardcore/beatdown bands. Formed in 2012, Desolate aims to find harmony within this dichotomy while also (unabashedly) drawing aesthetic and lyrical influence from Japanese pop culture. Desolate does this all in the pursuit of exploring cathartic narrative, playing aggressive music, and dealing with the monotony that is the Empire State Sadness.