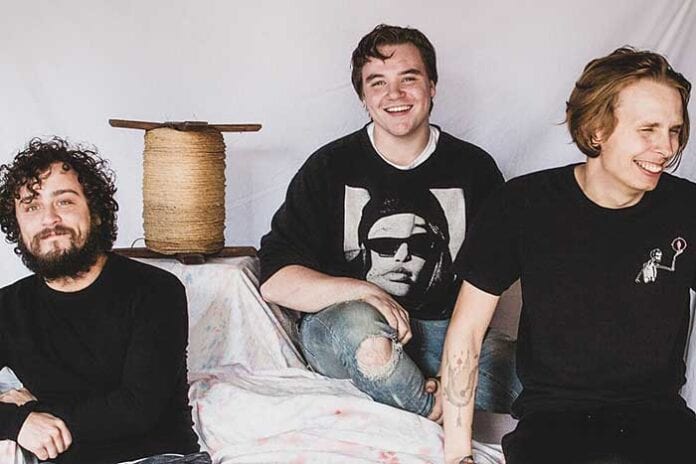 LISTEN TO THE EXCLUSIVE PREMIERE OF THE NEW ALBUM PACIFICA BY ADVENTURER AND READ GUITARIST/VOCALIST STEVEN CHRISTY’S TRACK BY TRACK ONLY ON OUTBURN.COM

“Voices Over Infinite Distance”
“So before we recorded and tracked the album, this song was on the hard maybe list to make the album. It’s weird how much this song changed during recording to become one of our favorite tracks.”

“Telepathy Club”
“This is one I’m especially excited to play live, the energy in this song is so fun and bouncy and it makes me want to jump around.”

“This Is Not For You”
“This song was a different vibe than we’re used to doing but it was really fun writing out of our comfort zone here, Jeff (Masterson, vocals) had come up with the idea of this one a couple years ago and it came together for Pacifica.”

“Your Favorite Mistake ft. Andres”
“This track was heavily inspired by Boys Night Out’s first album Make Yourself Sick, we’re all huge 2000s emo fans so it was cool writing a song more in that style and it was amazing getting to work with Andrès on a song finally”

“Angel Island”
“Angel Island song started on GarageBand on an iPhone 6, it’s crazy hearing the difference between early demos like that and when a song finally comes together”

“Vicious Circle”
“This is a retrack of a single we released just over a year ago, this song is heavily inspired by Parks album No Signal and a lot of the riffs in this used to be in Broke off of Sacred Grove.”

“Solstice”
“Honestly this is one of my favorite songs we’ve ever done and it was only a single so we decided to retrack this so people could finally own it physically. I woke up one day and wrote this whole song out instrumentally, it’s wild how some songs flow out immediately and some take months or more to figure out in your head.”

“Afterlife”
“Working with Andy Cizek on this album really made it come together, having your friends involved is what being in a band is all about so this song was especially fun because Andy and Cristina Pena both jumped on this one and it made this epic song, also it’s about zombies.”

“Two Tides”
“I’ve been writing in a new tuning that i made up and this song was the first one that got to use it, this track is definitely the heaviest on the album and I think people are really going to like it a lot. The last 2 tracks are acoustic so I consider this the big climax of the album.”

“210 Cherry St”
“This ones also in the same tuning and Two Tides, this is an emotional acoustic track which is something we haven’t done before, Andy had to convince me to record this while we were tracking and I’m glad he did, I might want to do an electric version of this one someday but I’m really happy with it being here.”

“Champagne”
“Jeff and I wrote this song six years ago while we were drinking about a very specific thing that almost broke up Adventurer before our first album came out. I consider this a diss track but we’re all cool at this point and the person it was written about loves the song, haha!”