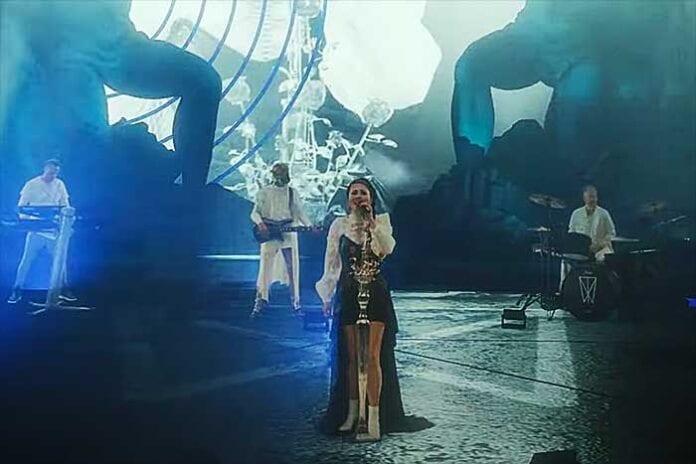 Dutch powerhouse Within Temptation has released the official music video for their brand new single “Shed My Skin.”

The music video is released one day before the band’s online show The Aftermath — A Show In A Virtual Reality, taking place on July 15 and 16.

The Aftermath is an online show fueled by bleeding-edge technology, enabling the band to do a performance that’s out of this world — literally. The show will take place in four different worlds, in which the band and audience are witness of the aftermath of destruction of mankind. The music video for “Shed My Skin” (feat. Annisokay) previews this highly anticipated online show, which promises to be an audiovisual spectacle with guest singers from all over the world joining the band for striking duets in even more striking settings.

Get tickets to The Aftermath HERE.

For this song, Within Temptation teamed up with German metalcore band Annisokay. This collaboration has resulted in an absolutely bombastic metal anthem. Singer Sharon den Adel says, “‘Shed My Skin’ revolves around dealing with inevitable changes in life. It is about becoming the person we are meant to be, even if that means losing people we love, but have grown apart from. Real growth begins where comfort zones end and that’s exactly what the song is all about: If we don’t change, we don’t grow. If we don’t grow, we aren’t really living.”