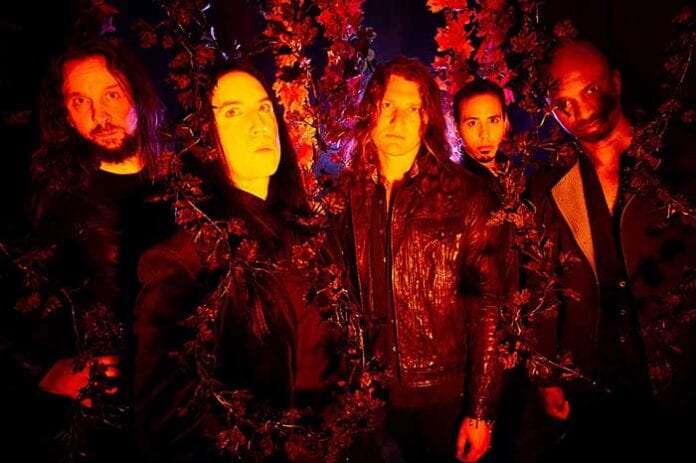 The moon, an autumnal atmosphere, fog in the woods, vampires, and a wicked storyteller—as an 80s horror fan, you’ll get everything you desire by watching the cinematic new “As I Lie Awake” video by WITHERFALL.

The video was shot by the renowned director Zev Deans, who didn’t just do spectacular videos for the likes of Ghost, Behemoth, or Chelsea Wolfe — but also Denzel Curry and St. Vincent.

Dim the lights, sit back, and enjoy “As I Lie Awake.”

“‘As I Lie Awake’ is the catchiest WITHERFALL song to date,” the band says. “It was created with much arguing and loud, drunken chicanery. Early on, the band agreed that this should be the lead single. Zev Deans, who had directed Ghost’s ‘Dance Macabre,’ was enlisted for the job and the video for ‘As I Lie Awake’ features a great Lost Boys-styled treatment. Thanks again to Duff’s in Brooklyn. We didn’t mean to spill blood and wine on your carpet…”

“When Joseph sent me the song, it immediately transported me to an era when both heavy metal and horror movies were all about sex, blood, and ultimately, a good time,” says Deans. “Movies like The Lost Boys were in the movie theaters and long-format music videos like ‘Thriller’ were on MTV.”

“As I Lie Awake” is the second single from Curse of Autumn, the upcoming album from LA’s WITHERFALL. It is scheduled for a worldwide street date of March 5, 2021, with the US vinyl available April 2.

Family and Bandmates of ALL THAT REMAINS Still Hope for Justice...