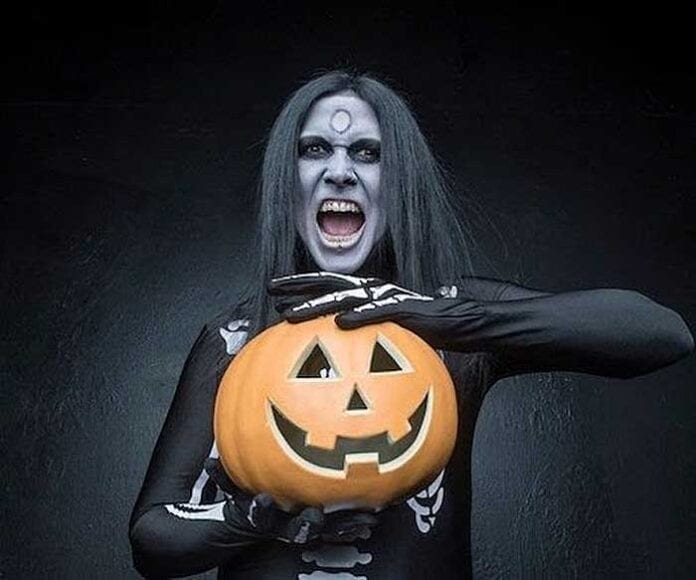 The Duke of Spook and his devilish ghouls, WEDNESDAY 13, are celebrating All Hallows Eve with the release of a wicked new cover of INXS’ hit song “Devil Inside” now available on all streaming services.

A video, filmed and directed by Vicente Cordero (3TEETH, SEPTEMBER MOURNING), for the creeptastic single will air during the band’s highly anticipated ”Halloween Spooktacular!” event on Saturday, October 31st live from Whisky A Go Go in West Hollywood, CA.

LISTEN TO “DEVIL INSIDE” BY WEDNESDAY 13: http://nblast.de/W13Devilinside

Wednesday 13 comments:
“Just in time for Halloween we’ve been saving this track for something special, & what better way than with a music video for Halloween. The INXS cover of ‘Devil Inside’ was recorded during the ‘Necrophaze’ sessions with producer Michael Spreitzer. I have a great memory of this song as a kid in the late 80’s. I actually witnessed this song scare a family member to the point that they screamed at the radio, TURN IT OFF!!”

Hosted by The Duke Of Spook himself, Wednesday 13, the ”Halloween Spooktacular” pay-per-view variety show will feature special surprise guest appearances, skits, videos and a headline musical performance by the band. The event will air live on October 31st and will be available to stream until November 2nd.

Wednesday 13 states:
“I’m beyond excited about this Halloween special. This is inspired by all of the Halloween specials from 70s 80s that I grew up on. Doing just a normal concert is boring to me. This is a full on variety show, with enough Soook to make you puke. Don’t miss the Sickest Halloween Show of 2020 at the World Famous Whisky a Go Go Halloween Night -Pay Per View.”

Tickets and bundles are available now at
https://wednesday13.veeps.com/stream/events/61d1cd3665fd