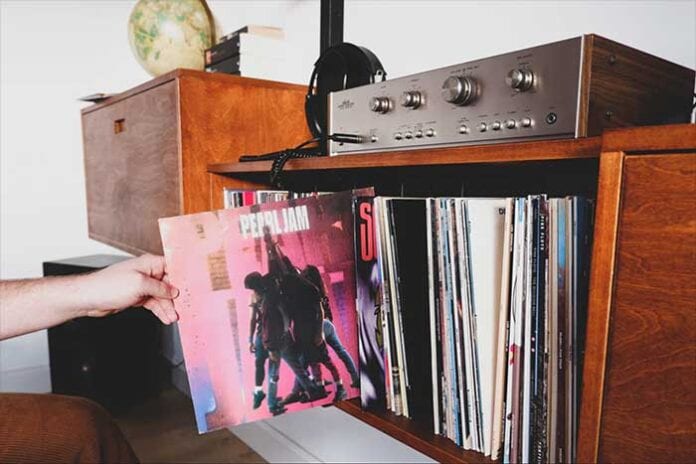 Recently, Netflix’s documentary series The Last Dance shined a light on Michael Jordan’s meteoric rise with the Chicago Bulls. Players like Scottie Pippen and Dennis Rodman made appearances—but there was one key figure missing: Eddie Vedder.

The Pearl Jam frontman isn’t a longtime friend of Jordan or Pippen, but Rodman. The pair first were acquainted in the 90s, when Vedder found himself stunned that Rodman was a fan of Pearl Jam and spent his free time watching the band’s live videos.

Rodman wasn’t only a fan of Vedder, either. The Pearl Jam frontman was a huge fan of the Bulls back in the 90s. Sure, most NBA enthusiasts would’ve wagered on the Bulls’ odds from the days of MJ, Pippen, and Rodman, but Vedder even found his way in with head coach Phil Jackson, who relied on the singer to keep Rodman focused on basketball.

The only modern equivalent would be Montrezl Harrell of the LA Lakers. In addition to making headlines similar to Rodman, Harrell has boosted the Lakers’ NBA betting odds alongside big names like LeBron and Anthony Davis. The parallels with the Bulls are clear, but there’s one thing Harrell’s lacking—a rockstar for a best friend.

Unlike other high-profile friendships, Vedder and Rodman are still friends to this day.

Fun Back in the Day
Vedder and Rodman make a killer duo, and they’ve got plenty of stories to tell. In one recent interview, Vedder details one of the pair’s crazier adventures from back in the day. Vedder had flown to see the Bulls play in Seattle.

Apparently, Vedder was planning on taking it easy when Rodman showed up with Jane’s Addiction tickets in hand. The only catch? The concert was in Vegas in a few hours. One of Vedder’s favorite memories is running through the Seattle airport with a huge train of fans following Rodman, who kept pointing at the singer and saying, “Eddie Vedder right here!”

Throughout the Years
Although Rodman’s reputation with basketball fans has been tenuous throughout the years, his friendship with Vedder hasn’t wavered. Back in 2007, Rodman showed up at Lollapalooza in Chicago, where he pulled the singer onto his shoulders while onstage.

Similar antics have happened at other huge shows, such as the 2016 and 2018 Pearl Jam concerts at Wrigley Field. In the case of the 2016 show, Rodman even jumped onstage to carry Vedder in his arms while he performed the basketball star’s favorite song, “Black, Red, Yellow.”