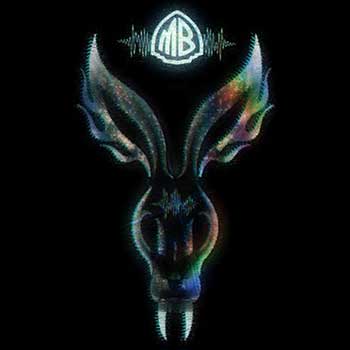 SPECTACULAR LIVE PERFORMANCE: Mr. Bungle’s Halloween 2020 streaming special, The Night They Came Home, has now been released on CD + Blu-Ray, CD + DVD, VHS, and digitally. If you happened to catch it when it first aired, you already know how spectacular the performance was. The Northern California born band performed songs from its freshly rerecorded, rereleased 1986 demo, The Raging Wrath of the Easter Bunny, interspersed with behind the scenes footage, surprise cameos, and a few fabulous covers.

From the get-go, the band is on fire. From the merciless drum fills and slamming beats of Dave Lombardo, to the relentless riffing of Scott Ian, to the precision-like basslines of Trevor Dunn, to the frenetic guitar solos of Trey Spruance and the unique vocal delivery of Mike Patton, the band ripped through a 14 song set, including a raucous encore of Van Halen’s “Loss of Control.”

Opening the album with the humorous Mr. Rogers’ cover, “Won’t You Be My Neighbor,” the band soon rips into “Anarchy Up Your Anus” from The Raging Wrath of the Easter Bunny with tight precision, massive groove, and plenty of punk/crossover ethos. It’s a relentless two plus minute aural assault. Following it just like on the album, “Raping Your Mind” is up next with battering drum patterns and maniacal riffing, all topped off by Patton’s spastic vocal attack.

The best part of this recording is the band’s surprising cover tunes. Leading the charge is “Hell Awaits/Summer Breeze,” a Slayer/Seals & Croft medley. The Slayer tune was eagerly anticipated, just stopping short of the opening verse, which transitions into the humorous, dirty laced lyrics of “Summer Breeze.” The Circle Jerks’ “The World Up My Ass,” Corrosion of Conformity’s “Loss for Words” and S.O.D.’s “Hypocrites/Habla Español O Muere” were also pleasing. But the final track of the night was the piéce de résistance. Cranking through Van Halen’s “Loss of Control” is a definite highlight of the entire performance. Other standout tracks would have to be the groovy “Methematics,” the Killing Joke-esque “Eracist,” and the brutal “Sudden Death.”

As good as this performance is, plus the success the band had with the rerecording of The Raging Wrath of the Easter Bunny Demo, we’re hoping Mr. Bungle will be delivering a new album with all-new material with this current lineup. The Night They Came Home is a win-win album! ~ Kelley Simms