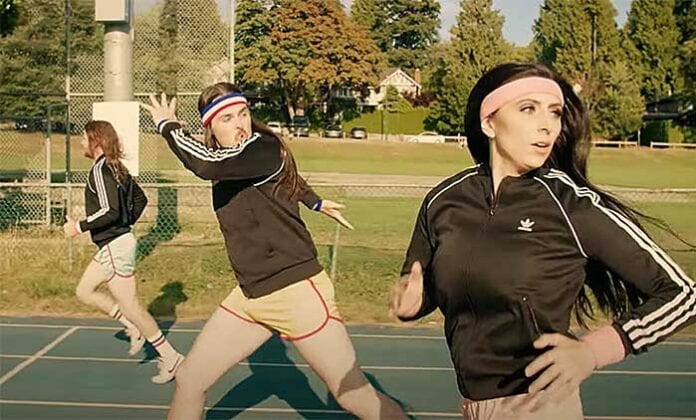 Today, in celebration of the album’s release, the band has unveiled yet another wild music video, this time for their triumphant new burner ”Faster Than Light.” In the tongue-in-cheek video, the members of UNLEASH THE ARCHERS take part in a competitive footrace, but are met with unexpected twists along the way!

Frontwoman Brittney Slayes says about ”Faster Than Light”:
“Being that this song is about racing off into the far corners of space, we thought it would be a fun idea to actually race each other in the music video to see which one of us was truly ‘Faster Than Light’! Of course we had to have some fun with it though, and added a little bit of excitement into the mix. Our director mentioned an older Stephen King novel called The Long Walk as inspiration for a way to spice up the video and we all agreed it would be hilarious! Check out the plot synopsis on Wikipedia if you haven’t read it already… This track has turned into a favourite of the band and we knew it had to be a single the moment the finished product was in our hands. It’s fast, fun, and is going to be an absolute blast to play live!”