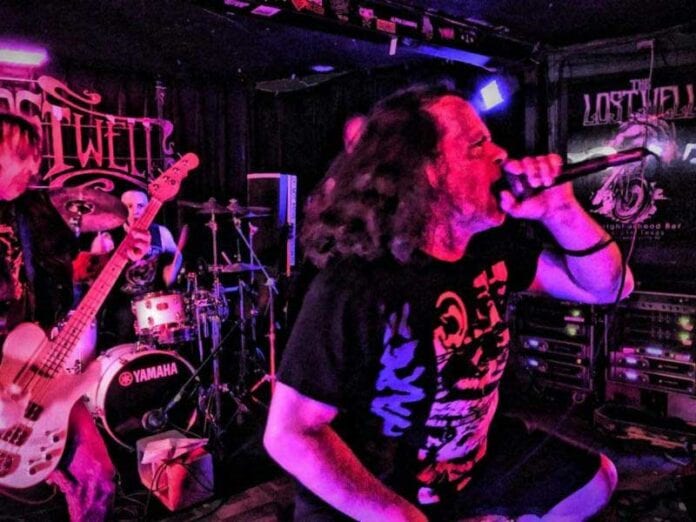 Martha Splatterhead’s favorite band, The Accüsed A.D., have announced new U.S. tour dates for this summer. This coming week the band will be on an East coast run that will culminate with their appearance at the annual Maryland Death Fest.

Now weekend shows across the Pacific states have been confirmed for June, July and August (listed below). All of these will be in support of the newly released full-length album, The Ghoul In The Mirror (Blackhouse Records). The label has confirmed that the entire first LP pressing sold out well before the album release date and that the first-run of CD’s are about to sell out as well.

However those who are just catching on to the album will have another opportunity to snatch the 2nd vinyl pressing which can be pre-ordered now and will ship in early June as well as a new CD pressing.

The Ghoul In The Mirror was produced by the legendary Jack Endino (Nirvana, Mudhoney) and metal mastered by Scott Hull (Pig Destroyer, Agoraphobic Nosebleed). Fans of the “splatter-rock” sound which is a bastard horror-punk/metal hybrid that members of the band originated have been riding high… on a wave of gore. Media outlets including Metal Injection, Brooklyn Vegan, Outburn Magazine and Heavy Metal HQ have given positive ink to the album.