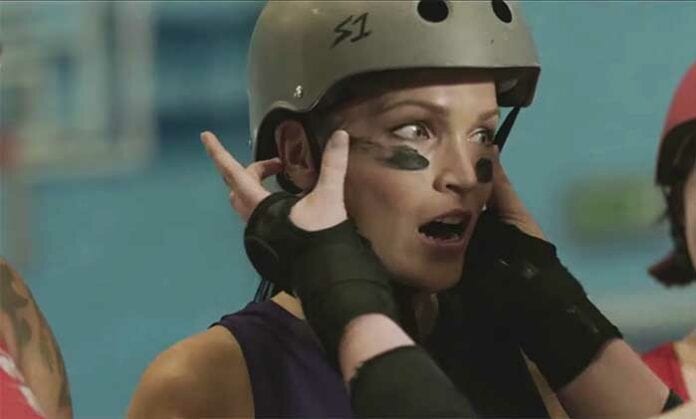 Tarja will drop her brand new studio album In The Raw via earMUSIC on August 30. The singer heralds the release with the new song and video for “Tears in Rain.” The video finds the golden-voiced singer engaging in some roller derby. While training to film, Tarja sustained a coccyx injury but she remained undeterred.

In the clip, Tarja plays the roller Black Leijona of the all-female team Killer Crows. The Killer Crows are on the edge of losing the ultimate and decisive game of the season. However, by facing and overcoming her insecurities, Black Lejona is restored to her status as the team leader.

“For my third single ‘Tears in Rain,’ I was looking for a strong video,” explains Tarja. “I didn’t want to get into a cliché of tears and rain or a breakup story. The song is about overcoming difficulties that could apply to any aspect of life. The instruction I gave to director Florian Kaltenbach (‘Victim of Ritual,’ ‘500 Letters’) was to avoid the obvious. I wanted an action video where I could take part. He proposed the roller derby idea and I loved it.”

Naturally, the video presented a huge challenge to Tarja, as it was the first time she tried the sport. Unfortunately, her first foray into roller derby was not without injury. During training, she dislocated her coccyx.

“I haven’t been on skates too much and I have been ice skating in my youth,” Tarja says. “But I realized immediately that skating with rollers is a totally different thing. I had to learn, and I only had three days before the video shooting that took place in London!! I knew I was in trouble. It’s already common for me to get hurt in my videos, and this was not an exception. I had an accident in a skatepark near my home and dislocated my coccyx — I broke my ass! Despite the terrible pain, I did two shows and the video shoot with a broken butt.

She finishes, “So,  as in the story of the video, I myself overcame difficulties. If you see me in pain in some parts of the video, that is not acting. The roller girls and the video team took good care of me and I enjoyed the experience, despite my condition. I had a lot of fun! When I recover, I wish to take my daughter to skate with me. We both got hooked on roller skating!”

The very emotional, highly personal lyrics of “Tears In Rain“ stand in stark contrast to the musical rendition. Heavy guitars, an impulsive melody, and Tarja’s crystal clear voice make for one of the most powerful, catchiest songs of her upcoming new album In The Raw – if not the core song.

The song is also inspired by the famous monologue at the end of the Sci-fi classic Blade Runner.

OF THE WASTELAND Releases Official Performance Video for “Midnight Vampire”