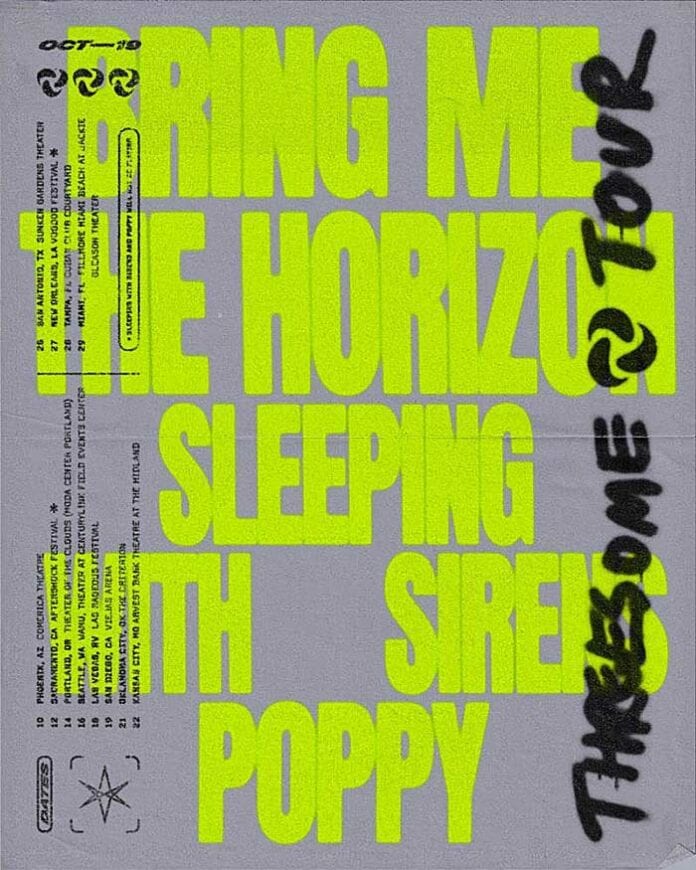 Gold-certified quintet, Sleeping WIth Sirens have released brand new track “Agree To Disagree” with a new video. “Agree To Disagree” follows the release of tracks “Leave It All Behind” and “Break Me Down” which have been met with unanimous and excitable acclaim from Sleeping With Sirens fans across the globe. Being heralded as a return to the band’s earlier, heavier form the new tracks are a perfect taster of what’s to come from upcoming album How It Feels To Be Lost which will be released via Sumerian Records on September 6th.

Since their release, “Leave It All Behind” and “Break Me Down” have clocked up nearly 4 million streams on Spotify, 2.2 million views on Youtube and have been featured on the cover major streaming playlists including Spotify’s ‘Rock This’ and ‘New Core’, Amazon Music’s ‘Rock Scene’ as well as being included on Apple Music’s ‘Breaking Hard Rock’,Spotify’s ‘New Music Friday’ & ‘Kickass Metal’ and Deezer’s ‘Heavy New Rock’.

Kicking off in Phoenix on October 10th, the tour will play 9 shows across the country culminating in Miami at The Filmore.

The band will also be performing at Exit 111 Fest in Manchester, TN on October 12 and Las Rageous Festival in Las Vegas, NV on October 18. Info and tickets for all shows available at SleepingWithSirens.net