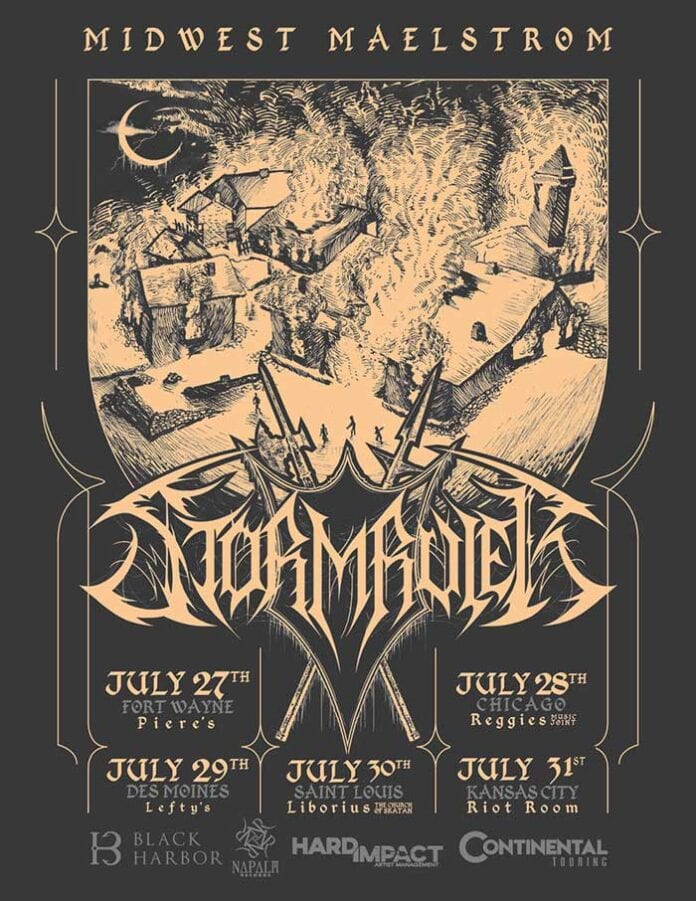 Fast-rising St. Louis, MO, USA based black metal export STORMRULER just recently released their fantasy battle-inspired full-length offering, Under The Burning Eclipse, via Napalm Records, and are about to bring its infernal sounds to your door!

The band will hit the road in the United States this summer on their “Midwest Maelstrom” tour, visiting a total of five cities between July 27-July 31. Tickets are available via individual venues or www.stormruler.net/tour. See below for a full listing of dates.

STORMRULER says about hitting the road: “After months of being put to the grindstone and laying the foundation for our new album, Under The Burning Eclipse, we are incredibly excited to be announcing our first run of shows this July! For five days, STORMRULER will be at the reins laying down our brand of Pure Imperial Black Metal Warfare to cities around the Midwest. We’ve all had an entire year now, so don’t be sleeping on this!”