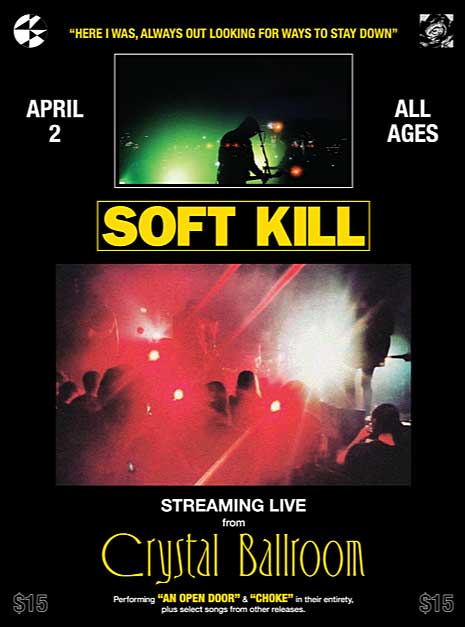 Soft Kill will be airing their professionally shot concert, filmed at the world famous Crystal Ballroom in Portland, on Friday, April 2nd at 3pm ET/noon PT. Alongside cuts from their recently released album, Dead Kids, R.I.P. City, the band will be performing An Open Door and Choke in their entirety, to celebrate their 10 and five year anniversaries.

There will be exclusive merch available during the day of the stream only, including a limited variant of An Open Door, available to ticket holders only. There are also merch bundles that include a ticket to the livestream via the band’s bigcartel.

The livestream is hosted on Bandcamp, and requires a free Bandcamp fan account to view. A replay of the stream will be available for 24 hours.