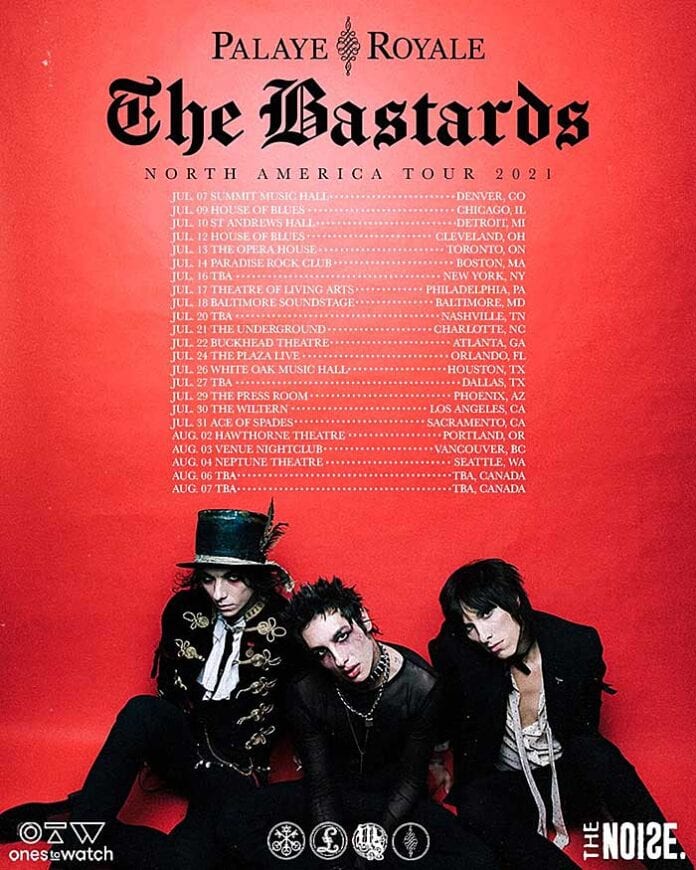 Palaye Royale have today announced the North American dates for “The Bastards” tour, a string of shows beginning in Denver on July 7, 2021 and ending in Canada in early August. To purchase tickets, click here.

The band have also announced “The Bastards: Volume 1”graphic novel preorders are now available. Including 260 pages of artwork and literature, this book has been intricately created and obsessed over for the past three years, every single page hand drawn by Emerson Barrett and XoBillie. “The Bastards: Volume 1” will officially be released on Saturday, December 12, 2020. For more information, click here.

“Welcome to the world of Palaye Royale, where one can reside, reign and recreate themselves when destroyed by living. Ever since the conception of the band and the first single ‘Morning Light’, we have been hiding pieces of this story within the lyrics, artwork, and visuals. Finally after years of work the doors are opened for all to enter. The best travel one can take in times like these is inside their own mind, in memory or imagination. Get lost in the pages of our book. Enjoy the ride. Love the void.”

ONSLAUGHT Reveal Menacing New Video for “Bow Down to the Clowns”