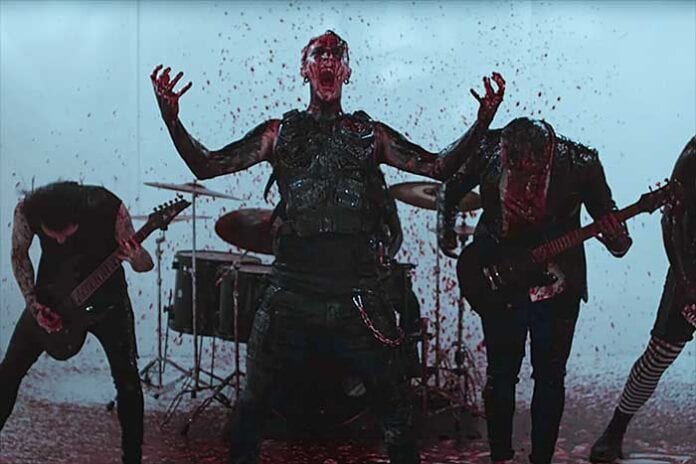 Roadrunner Records band Motionless In White has shared an official music video for their single “Thoughts & Prayers,” which is streaming now on their official YouTube channel.

The song remains a standout from the band’s most recent full-length album, DISGUISE. The visual was notably directed by Motionless In White guitarist Ricky Olson, marking his first time in the director’s chair.

Olson commented on the project remarking, “I’m super excited to have been given the opportunity to combine both of my passions into one project. Chris and the guys trusted me with a vision, and I think we were able to put together something we are all very proud of. I hope all the fans enjoy—they were at the forefront of the project and without them this video wouldn’t have been possible. This one’s for you guys!” He continued, “Again, extreme gratitude to the band and to everyone at Roadrunner for giving me the opportunity to do something I’ve wanted to do for years. Hopefully, this is the first of many!”

CRADLE OF FILTH Releases New Video “How Many Tears to Nurture...