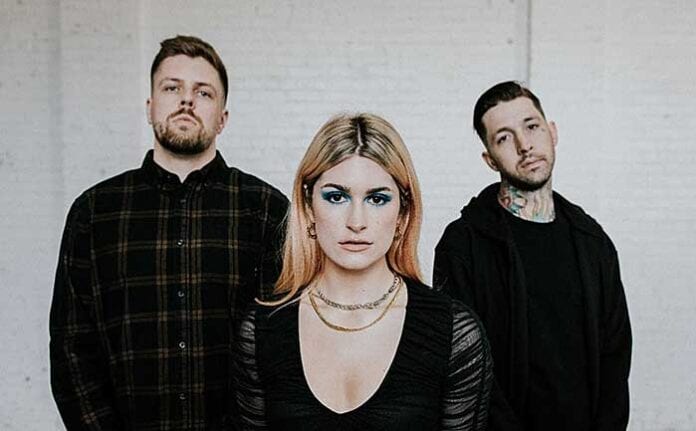 “This song was never intended to be a single. We wrote it in January to be an “angry” pallet cleanser on an otherwise dark,moody atmospheric album. Our mission statement was: “let’s make the most ridiculous song that we can.”

When we had the opportunity to tour Europe in March, we decided to put the unfinished song in our set, since we enjoyed it so much. Until our tour was cut short due to the pandemic, it was the highlight of each night.

We were scheduled to record our record in April, which of course had to be postponed due to Covid-19. Once we realized being back in a studio and traveling across borders would not be a reality for the foreseeable future, we decided to get proactive and take matters into our own hands.

The song that was meant to be a fun deep cut turned into our obsession, and we felt compelled to record it.

Once we figured out the best way to track with our producer Dan Braunstein over zoom, in real time using a direct audio feed, we quickly got to work with him, so we were able to recreate his in-studio quality to the best of our abilities, with him guiding us from his studio in LA.

The finished product, “Holy Roller”, feels like roundhouse kick to the face.”