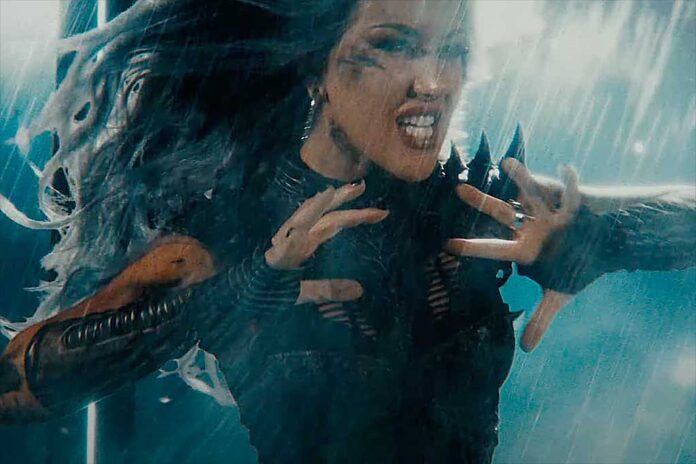 On August 12th, extreme metal masters Arch Enemy will unleash their 11th studio album, Deceivers, via Century Media Records. For a preview of the record, the new single, “In The Eye Of The Storm,” can be streamed worldwide now HERE. Directed by Mirko Witzki, the video premiere for “In The Eye Of The Storm” is set for 9AM PT//12PM ET//6PM CET today at:

Arch Enemy’s founder and chief songwriter Michael Amott comments: “‘In The Eye Of The Storm’ is a song that was built around a hypnotizing riff and a groove that’s just screaming out to be played live! Shooting the video in Berlin, Germany with, for us, new director Mirko Witzki was a super cool experience, and the result is nothing less than astonishing!”