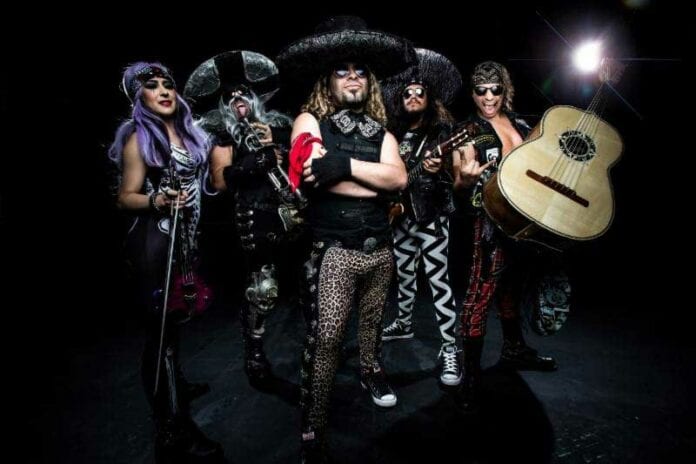 METALACHI — the world’s first and only heavy metal mariachi band — have scheduled even more tour dates this summer, kicking off on July 19 in Flagstaff, AZ. During this tour, the band is scheduled to perform at Heavy Montreal and in Toronto and Waterloo, marking METALACHI’s first foray into Canada!

METALACHI manager Warren Moscow says, “We are especially excited to be crossing the border… not the one to the south, but the one to the north, for the first time ever as we do two solo shows in Toronto and Waterloo! We’re even more excited to reach a METALACHI milestone as we perform on our biggest festival stage yet at Heavy Montreal! The fest features an amazing lineup, including Anthrax, Quiet Riot, Steel Panther, Godsmack, Ghost and Slayer… just to name a few.”

See below for a full listing of dates. Visit individual venue websites and www.metalachi.com/upcoming-events for more information and links to purchase tickets.