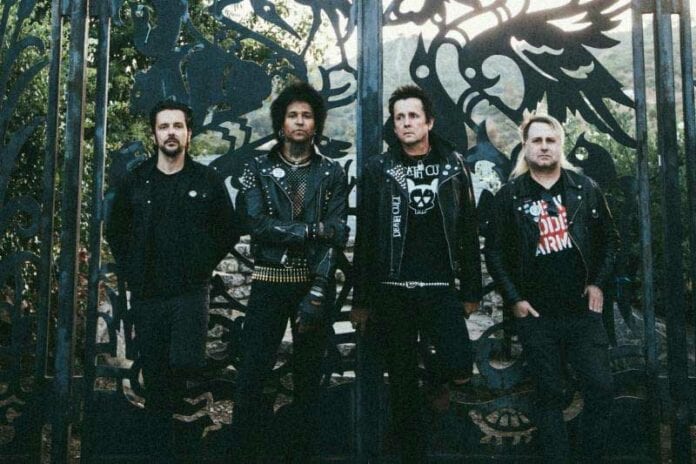 Less than three years since forming, Los Angeles-based dark punk band THE WRAITH has wrapped its debut full-length, Gloom Ballet, with Puscifer guitarist/producer Mat Mitchell. The foursome has signed to Southern Lord Recordings, who will release the album worldwide later this year.

“Southern Lord owner Greg Anderson has been amazing to work with, and we really appreciate his willingness to incorporate a different sound into his roster,” offers guitarist Kaz Alvis.

“THE WRAITH is a flashback to many of the bands that inspired me to start making music,” said Mitchell. ”Given the opportunity to work on an album with them, how could I turn it down?”

THE WRAITH has shared stages with the likes of Spear Of Destiny, The Dickies, Chameleons Vox, The Murder Junkies, and Generacion Suicida, among others. The band is confirmed to play at the newly announced installation of The Power Of The Riff in Los Angeles on August 31st with Zakk Sabbath, Fu Manchu, Entry, and host Don Jamieson. The band will also perform at LA Dark Fest on October 12th, with additional tour dates to follow in the coming months.