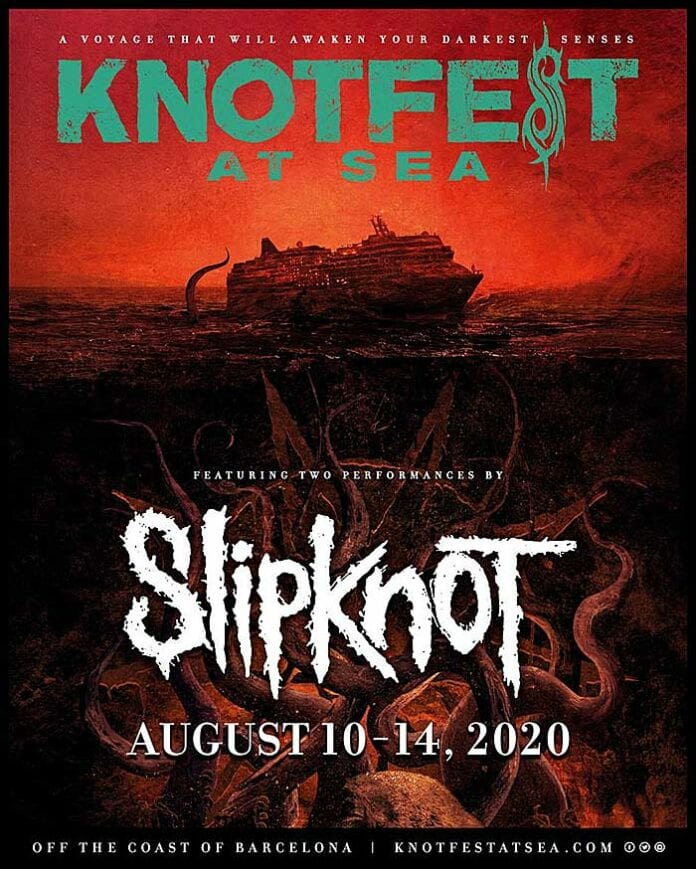 Knotfest At Sea will be headlined by Slipknot who will perform two sets on board the ship with the full line-up and on board experiences still to be announced. For more info, head to KnotfestAtSea.com.

You’ve experienced the cultural and musical experience of Knotfest. Now, for the first time ever, witness rock history when the Knotfest At Sea cruise sets sail. Here’s Clown with a teaser.

Since its inception in 2012, Knotfest has expanded into five countries—USA, Japan, Mexico, Colombia and this year, France when the inaugural Knotfest Meets Hellfest event sold out within weeks. As global demand grows for the unique culture and community that Slipknot and their namesake festival represent, the Knotfest brand reaches ever further around the world.

This year, Knotfest Mexico will take place at Parque Deportivo Oceania on November 30th and will mark Slipknot’s first ever performance in Mexico City.

Knotfest Colombia will descend on Hipódromo De Los Andes in Bogotá on December 6th. Slipknot will headline the event for the first time and will be joined by a stellar line-up.

In 2020, Knotfest Japan will take place on 20th and 21st of March with both dates headlined by Slipknot. Day one will be a Knotfest Roadshow event featuring Anthrax and more. Day 2 will be a full Knotfest festival day featuring Korn and more.